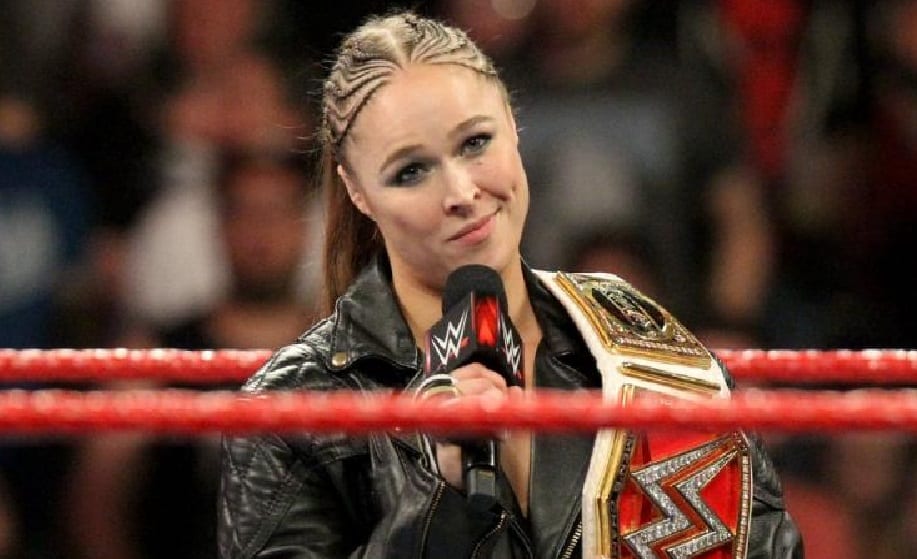 Ronda Rousey walked into the Talking Stick Casino Resort Arena on the night after Royal Rumble with a plan in mind. She didn’t expect that the fans would turn on her in a big way and that apparently changed things up.

Rousey was booed out of the building causing her to mess up her lines. It was said that Rousey wasn’t happy at all with the WWE fans about this either. Then WWE had to send Bayley out early to save the segment. Later on, after the two wrestled Becky Lynch appeare to really pop the crowd.

However, Rousey revealed in her newest YouTube video that the plan for Raw was much different at first.

“Here we are headed to the Talking Stick Arena in Phoenix Arizona for the Raw after the Royal Rumble and I got my best on the worst day challenge so I gotta defend my title today and I’m going to lobby to be the one Becky picks for WrestleMania. So we’ll see how everything works out.”

The plans did not work out as she thought they would. Instead of lobbying to face The Man at the show of shows, the Phoenix crowd decided to boo Ronda incessantly.

You can see the video below which features other behind-the-scenes activity including Rousey’s meeting with a Make-A-Wish kid.