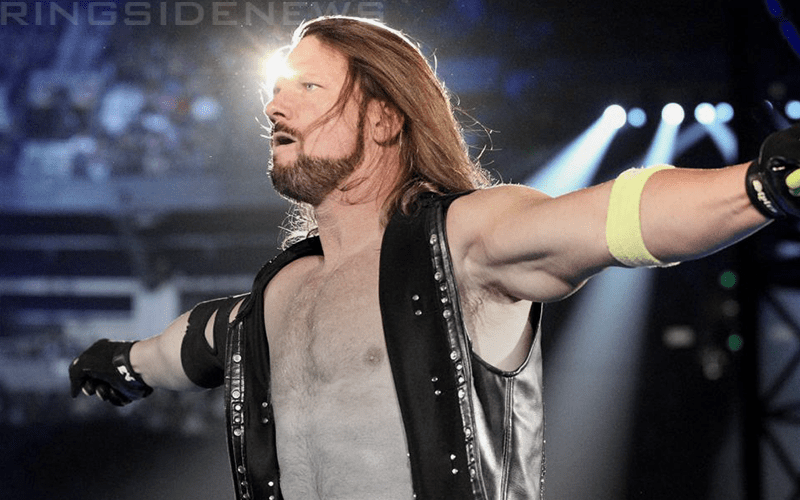 AJ Styles has a big choice to make pretty soon. His WWE contract is running up and it seems like he could have a couple of options now. After all, his friends opened their own pro wrestling company.

Styles’ contract is up shortly after WrestleMania and he hasn’t signed a new deal yet. That won’t stop some sites from trying to break stories that aren’t real.

Styles recently saw a report saying that he re-signed a WWE contract and he wanted to make sure that people knew this was not the case.

“What was that? Are you sure? Please let me know the more because I know nothing about this.”

It sounds like AJ Styles and WWE still haven’t come to an agreement about keeping his services around. You never know if he could become another Dean Ambrose situation, but you also have to know WWE will do pretty much anything to keep that from happening.