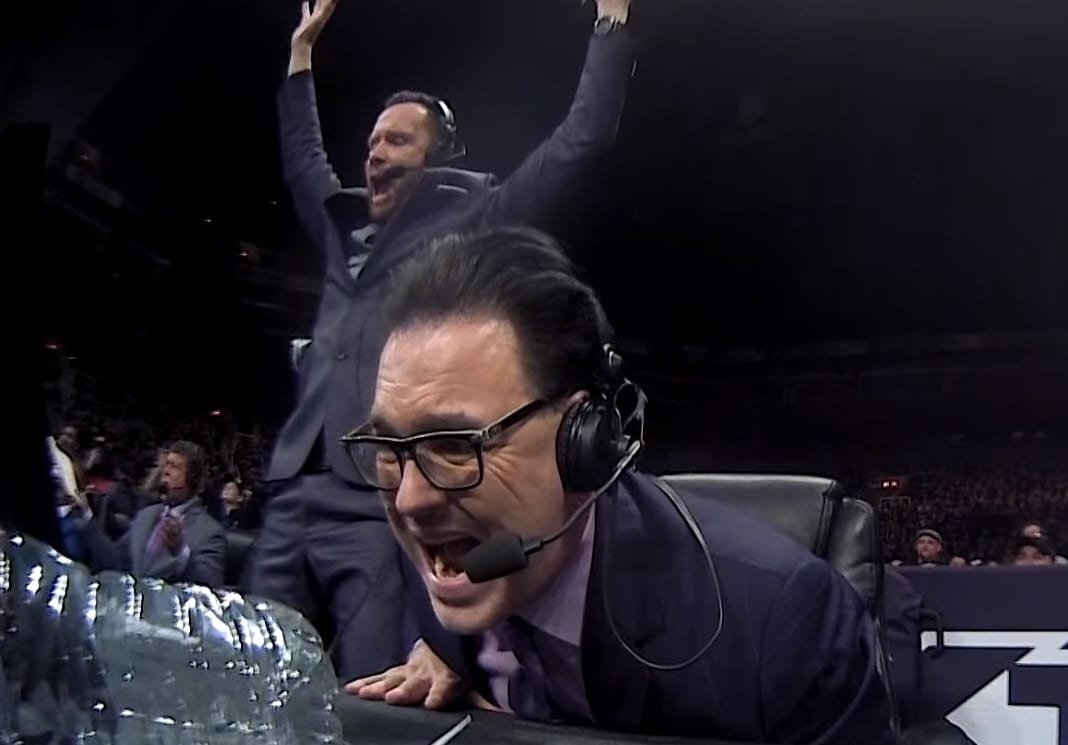 Mauro Ranallo might be the best in the commentary business. He can take things to another level when the action gets builds to a peak. Often animated and never duplicated means he makes for great YouTube videos after any of his events.

WWE recently released a fantastic highlight video of the broadcast table during another TakeOver event. It is almost like you are watching NXT TakeOver: Phoenix for the first time again through their reactions.

Alongside Nigel McGuinness and Percy Watson, Mauro Ranallo called the action for NXT TakeOver: Phoenix and you can see by their reactions that it was exhausting.

If you thought the action in the ring was entertaining then now you can check out the commentary booth and yell “Mama Mia!” along with Mauro.