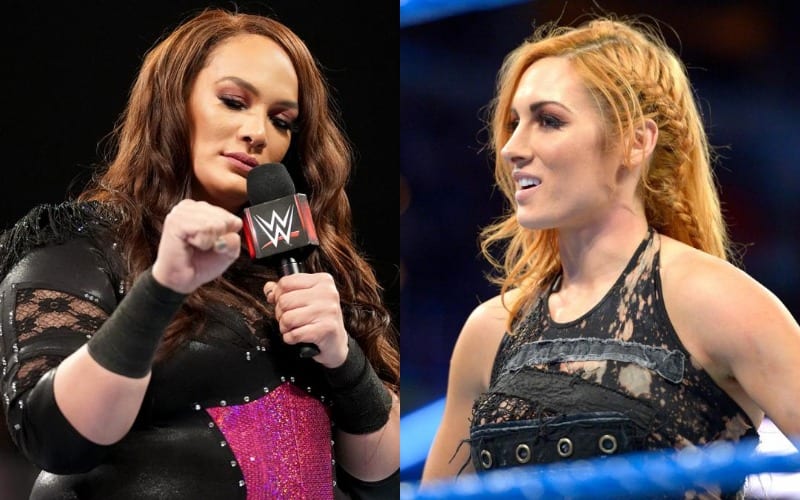 Becky Lynch was on her way to a marquee match at Survivor Series against Ronda Rousey. Then SmackDown invaded RAW and Nia Jax got careless in the ring. The Irresistible Force delivered a punch that would have knocked out most men… but not The Man.

Becky Lynch doesn’t remember much after being punched in the face, but it transformed her Survivor Series marquee match into a WrestleMania main event even though Charlotte Flair is going to likel find a way into that match too.

Nia Jax recently spoke to Bleacher Report about that fateful punch to Becky Lynch’s face and considers it a good thing. After all, it did so much for The Man’s career. She also addressed the massive fan backlash after the incident.

Some of the tweets really were going off the rails. But when she put it in that perspective, I started to think about it differently. Now, it’s something that people will remember forever. It was crazy, but it turned into something pretty cool.”

In some ways Nia Jax was right. However, it might have been much better for Becky Lynch to face Ronda Rousey at Survivor Series so the fans could demand a rematch at WrestleMania this time. Then The Man could get two shots at The Baddest Woman On The Planet.