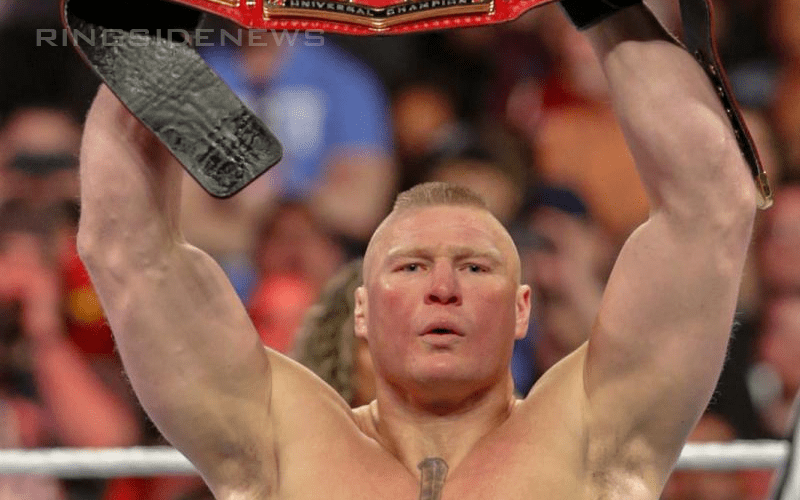 Brock Lesnar can demand pretty much any asking price he wants at this stage in his career. He will be working WrestleMania and most likely going back to Saudi Arabia in May. However, you never know if WWE might not be able to re-sign him.

Dave Meltzer mentioned Brock Lesnar’s future during Wrestling Observer Radio where he said that Paul Heyman will be talking to three companies about The Beast Incarnate’s services this time around because All Elite Wrestling is now officially a player.

“If he wanted to fight he’d be fighting now. You know he got the big offer from Vince. He’s gonna do WrestleMania. I fully believe he’s gonna do the Saudi show in May and then you know if the contracts… a three-way dance this time.”

“Paul E is negotiating the biggest three-way dance of his life. AEW, WWE, and UFC all for the same guy. That’s an interesting game, isn’t it?”

Brock Lesnar commands top dollar, but AEW is backed by a family who actually has more money than the McMahons. Therefore, you never know how deep they might be willing to dig in their pockets to bring out a payday Lesnar wants.

The possibility of returning to UFC probably made WWE fork out even more money to get Brock Lesnar to stick around after WWE Crown Jewel. Only time will tell how much better of a deal Heyman will be able to bring for his client this time around with AEW in the mix.