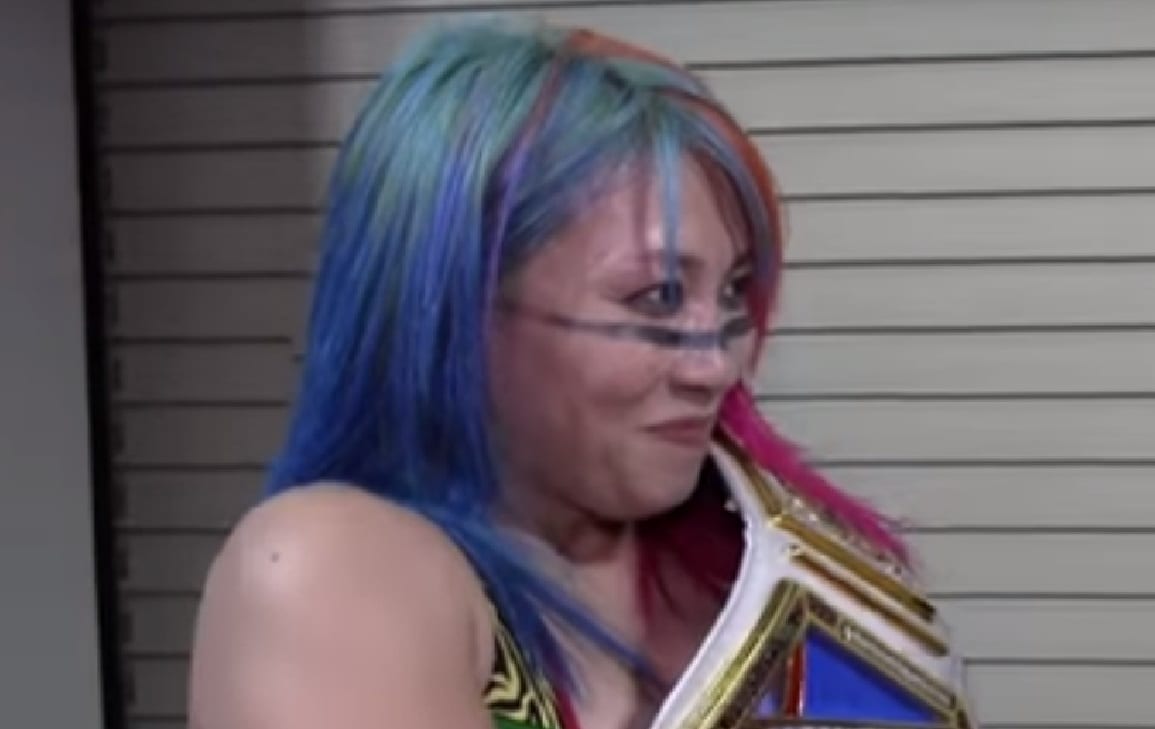 Asuka was able to defeat Becky Lynch at the WWE Royal Rumble event, but it wasn’t easy at all. She was very happy when it was all said and done though.

The Empress Of Tomorrow spoke to WWE following her win and she praised Lynch for being so tough, but even though Becky is The Man, Asuka is still The Champ.

“Becky is tough, very, very, but I still have the title. She is The Man, but I am the champion!”

When asked who she wanted to win the women’s Royal Rumble match, it didn’t seem to matter to The Champ.

“I don’t care because no one is ready for Asuka!”

Then Asuka left looking very happy. She might not have been too thrilled when she saw Becky Lynch win The Royal Rumble match later. However, it’s very likely that Lynch will be gunning for Ronda Rousey instea.