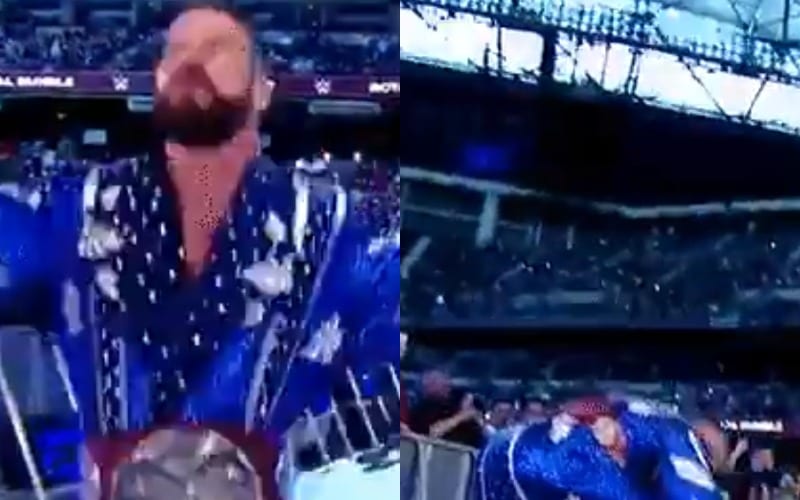 The Royal Rumble kicked off in Chase Field and they didn’t even get the bell ringing on the first match before we had a huge botch. WWE cameramen are very good at walking backward, but Chase Field has an interesting setup.

As you can see, the cameraman fell while he was filming Bobby Roode and Chad Gable’s entrance. You were looking at the RAW Tag Team Champions one moment and then suddenly everyone was looking at the sky.

It’s a wonder that they didn’t cut to another camera, but they might not have had a good shot to go to. Still, anything is better than looking at the camera guy’s shoes.

Let’s hope that this is the only botch of the night during the WWE Royal Rumble. However, this is only the first match in the kickoff show so it could be a very long night.