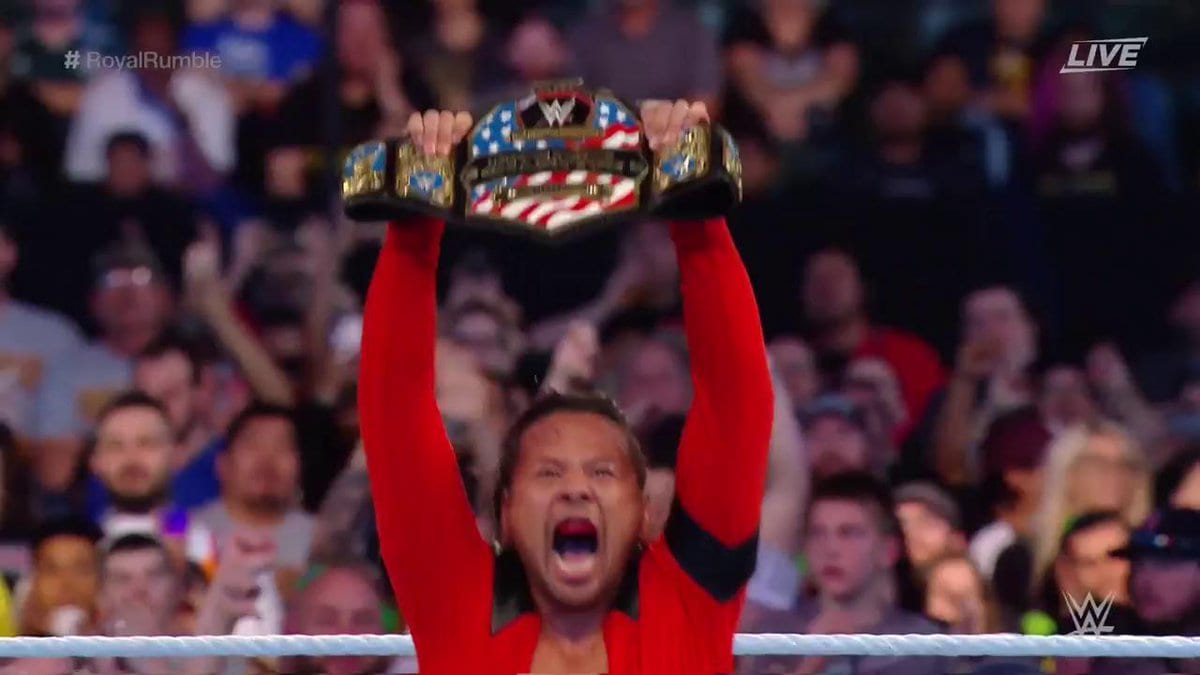 Shinsuke Nakamura really wanted the WWE United States Title back around his waist, but he had to go through Rusev to make it happen. The two battled during the Royal Rumble kickoff show as the crowd filed in.

Thankfully, these two got to have their match second on the kickoff show so there were many more people in their seats than during the first match which featured an epic cameraman botch.

The two wrestled around for a bit and the Rusev hit a Machka Kick, but he didn’t go for the cover. Nakamura latched on a headlock and it took a lot of power from Rusev to turn it into a suplex.

The two were spent after an evenly-matched contest as they approached the finish. Nakamura untied the turnbuckle padding and then Lana got on the apron to alert the referee. However, the referee only seemed to care about Lana on the apron.

Suddenly, Lana got knocked off of the apron and distracted Rusev allowing Shinsuke Nakamura to nail a Kinshasa to the back of Rusev’s neck and win the match.

This was the first title change of the night in Phoenix.