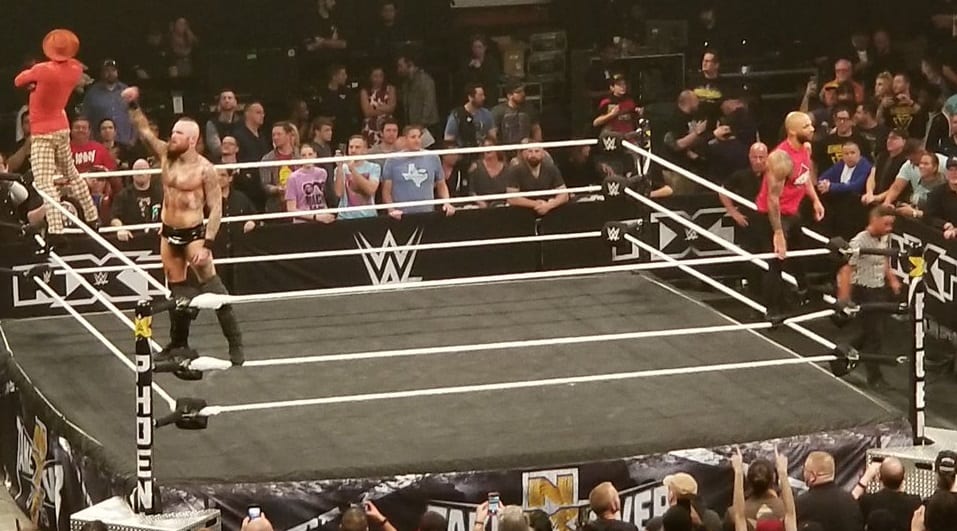 NXT TakeOver: Phoenix ended with a rather interesting brawl after the cameras went off the air. You can see the entire altercation here, but after it was all said and done three performers came out to wave goodbye to the crowd. It’s unclear just what kind of a goodbye this was, but some thought it signified an exit from NXT.

Velveteen Dream, Ricochet, and Aleister Black bid the Phoenix crowd farewell and got a nice pop for doing so. This caused Dave Meltzer to comment during Wrestling Observer Radio on the possibility of the three joining the main roster very soon.

“There was talk of Velveteen coming up a long time ago, Ricochet like you said he could come up.”

It was previously speculated that Aleister Black could be getting called up to the WWE main roster as well. We will have to wait and see what will happen after the main roster just got six additions from NXT. Another three might get crowded. You can also never discount how much names like Black, Dream, and Ricochet could overshadow any of the other call-ups who are just starting to get settled on RAW and SmackDown Live.