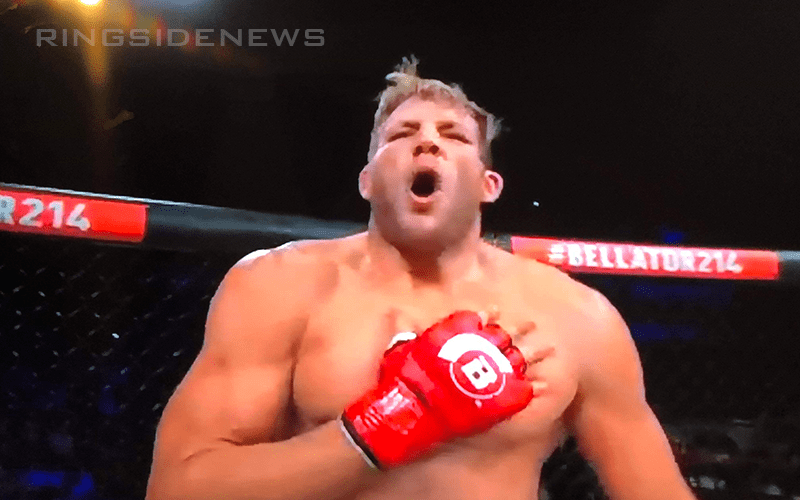 Jack Swagger isn’t the first former WWE Superstar to make a jump to MMA, but he had a much more successful debut than some. Swagger under his real name Jake Hager took on J.W. Kiser at Bellator 214 and things turned out very well for the former WWE Champion.

There was a real dose of WWE as R-Truth rapped Swagger to the cage and people really seemed to enjoy this change of pace.

After taking his opponent to the ground, Hager was able to muscle his way in and overpower Kiser. Hager used his height advantage in a big way as he wrapped his arm under his opponent as Kiser tried to fend off Swagger’s advances with some shots to the ribs.

After the fight was over, there was much celebration. It seems like getting punched in the face during training really paid off for The Real American American.