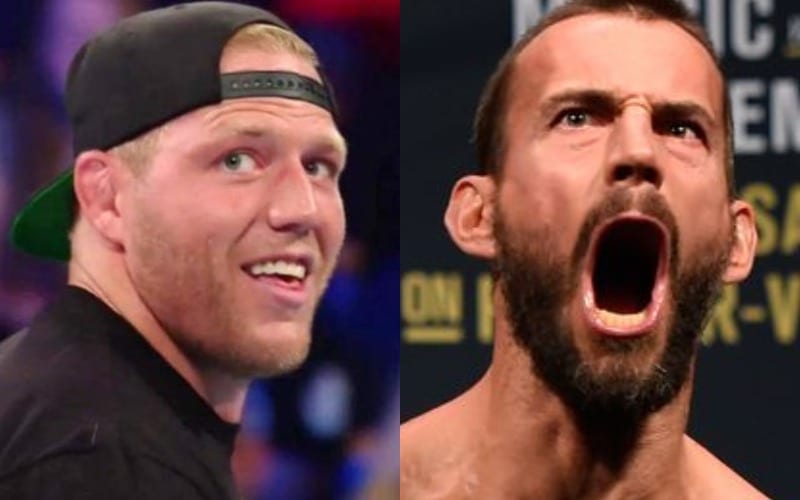 Jack Swagger is set to have his first fight for Bellator and he is not the first former WWE Superstar to jump into MMA. Others have done it before with varying degrees of success.

While speaking to MMAFighting, Swagger took a pretty big dig at both Brock Lesnar and CM Punk’s careers in the cage. He distanced himself from them because they didn’t want to get punched in the face and they also didn’t embrace their past in WWE as he is happy to do.

“I needed it. I needed to learn how to react to it and see how my body’s going to have the instincts to react to that moment so that’s the main thing I took from it.”

“Another thing is those other guys, they shied away from their pro wrestling background I feel like where I’m embracing it. This is who I am and I love it, you know? What’s not to like?”

CM Punk obviously saw this interview and he didn’t let it sit for long before responding himself. It is interesting how Punk seemed to no-sell the comment about avoiding pro wrestling.

“You shouldn’t either. Good skill this weekend, pulling for you.”

We’re not sure if CM Punk was being sarcastic when saying that he is pulling for Swagger. Either way, it was a nice sentiment and no, being punched in the face is not fun at all so nobody should want it to happen.