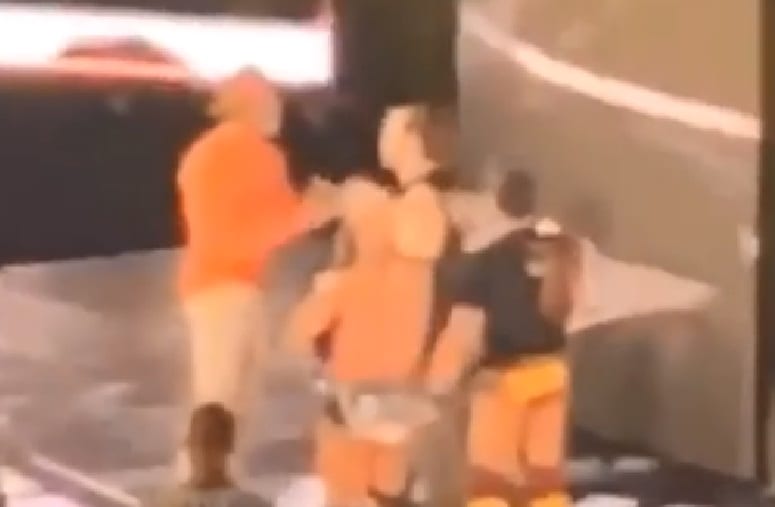 NXT TakeOver: Phoenix was full of surprises, but it seems like one thing nobody expected was a big altercation following the event. Triple H described this altercation as not part of TakeOver as he addressed the issue following the event, and now we have footage. At first what was described as backstage wasn’t backstage at all. In fact, it was actually in front of everyone in the arena.

It looks like Adam Cole, Tommaso Ciampa, and Johnny Gargano was on one side of this dispute while Aleister Black, Velveteen Dream, and Ricochet were on the other.

It was basically a high-stakes shoving match described as people being competitive and Triple H said they will settle things. This could be a pretty easy thing to settle seeing how six-man tag team matches are a thing.

Thanks to an aware fan with battery left on their phone at the end of the night we can see what went down after NXT TakeOver: Phoenix went off the air.