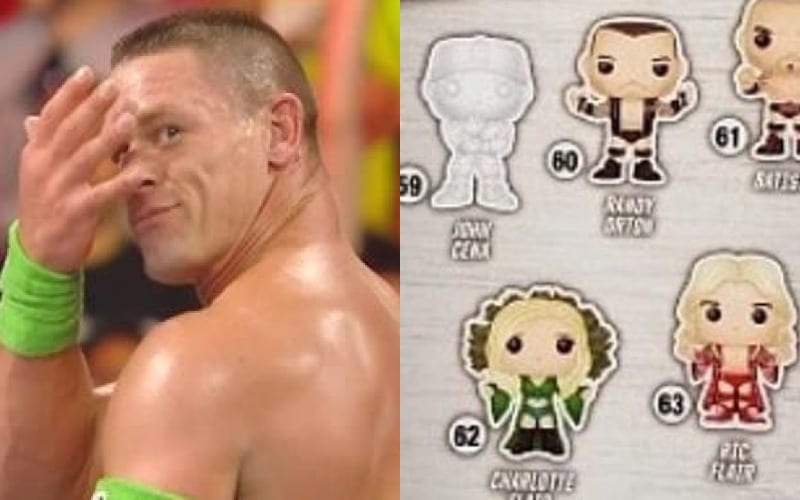 Funko gets the joke. They are a very hip company and there is a reason why they keep up with pop culture through their line of Pop Vinyl figures. They have plenty of franchises and WWE is only one of them. The popular collectible company is putting out a John Cena figure in their next line that is sure to be a best seller.

John Cena’s classic phase is “You can’t see me,” and in Funko’s newest version of the 16x World Champion he’s totally right. Because Funko made a transparent John Cena.

Charlotte Flair, Ric Flair, Batista, and Randy Orton round out the rest of the line, but the Pop that is getting far more attention belongs to the Transformers Bumblebee star. You can see an image that has leaked from the back of a box to see what everyone is talking about.

This is a great marketing move on Funko’s part. Transparent figures can sometimes go for a lot more and the idea is implemented for various reasons. We can’t think of a better reason to do it than creating an invisible John Cena though.