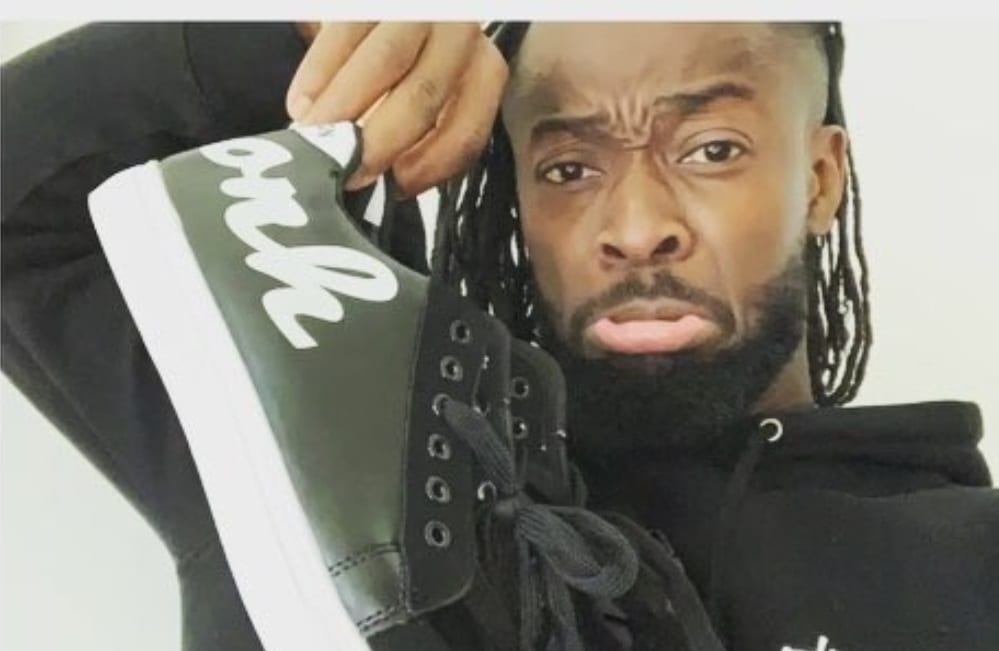 Kofi Kingston and The New Day like to make special occasions even more special by dressing up in celebration. They have been known to go all out for Mortal Kombat and Christmas is no exception. Kofi dodged a huge bullet last year on Christmas because his holiday sneaker plans were shot down in a big way after he was scammed.

Kingston appeared on Busted Open Radio today where he shared a story about how he knew what he wanted to wear for Christmas in 2017, but his plans didn’t work out. Therefore, he had to wait an entire year to be let down because when Kofi opened his bag he did not find what he ordered at all.

“I was trying to find like a Christmas show. Back in the day I used to wear these Jeremy Scott sneakers with the wings on them, actually, Becky Lynch wears them now. Jeremy Scott also has like the bear sneakers so on the tongue of the sneaker is a bear head and on the side is the arms. It’s totally ridiculous, I don’t even know why they have it for people who don’t wrestle because if I didn’t wrestle I wouldn’t be wearing these in public, you know what I’m saying?”

Kofi found a variation of that sneaker with Santa Claus on it and he looked everywhere online until he thought he found it. Looks can be deceiving though.

Kingston found a website claiming to have the shoes he wanted in stock so he ordered the sneakers. They didn’t come in until March last year so he couldn’t wear them during WWE’s 2017 live Christmas episode. Therefore, the shoes stayed in his closet unopened for practically an entire year.

Then when the time came to break out his shoes for 2018’s episode, he was greatly disappointed.

“I knew it was shady from the beginning, but I had to see what they came up with. So I put my card information in and they actually ended up sending me something. It got stuck in customs it missed the Christmas deadline.”

“Eventually the sneakers came in around March and I sat on it until this [Christmas] so I sat on it for like nine months and I finally opened it and it was a black and white pair of bootleg I don’t know they said like ‘Fashion’ on them.”

“These were not at all the sneakers that I ordered, you know what I mean? I would rather had them steal my money. Just steal my money don’t send me a package of hope, don’t send me sneakers… you know? I opened them and I can’t wear those anywhere. They say ‘Fashion’ on them three different times spelled three different ways all misspelled. I just picture somebody at the factory just laughing like, ‘I can’t wait until he opens this bag!'”

Kofi Kingston made things work, but he didn’t wear those sneakers on SmackDown’s Christmas Day episode at all. Thankfully, he is resourceful.

You can see a post that Kingston sent out of the sneakers below. You have to be careful when buying things online because you never know what you will get sometimes.