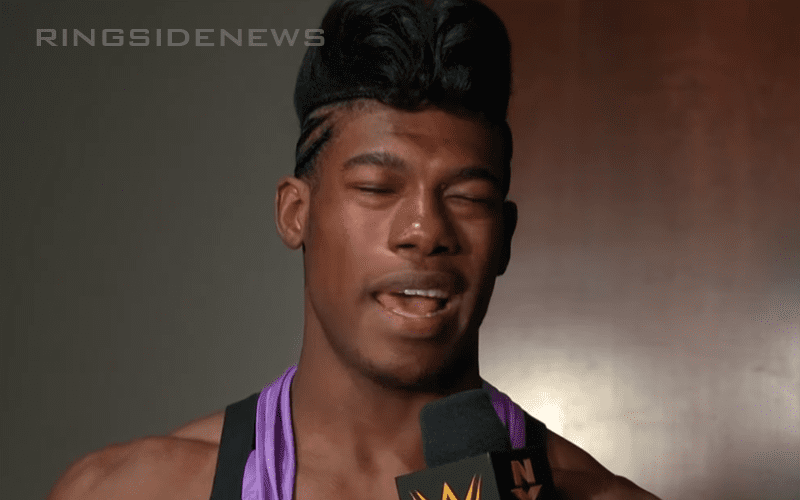 Velveteen Dream got a lot of people talking when he tweeted out something earlier today where he was pretty much refusing to work for WWE until they can come to an understanding. Although it’s not unheard of that Dream will let loose on social media, this is likely kayfabe.

Bryan Alvarez noted on Wrestling Observer Live that the Velveteen Dream was likely just playing up his character. He wanted to get people talking about him and it worked.

“So of course everyone’s talking about this but the reality of this is that this guy is messing around on Twitter. I haven’t asked but I don’t think he’s making a powerplay on Twitter.”

“Dream is not upset. It’s a gimmick, it’s a storyline. He’s trying to get people to talk about him here.”

Dream isn’t the only person being snubbed at NXT TakeOver: Phoenix either. Out of all the Superstars in NXT right now there are only twelve featured on TakeOver. It won’t stop people from talking though.