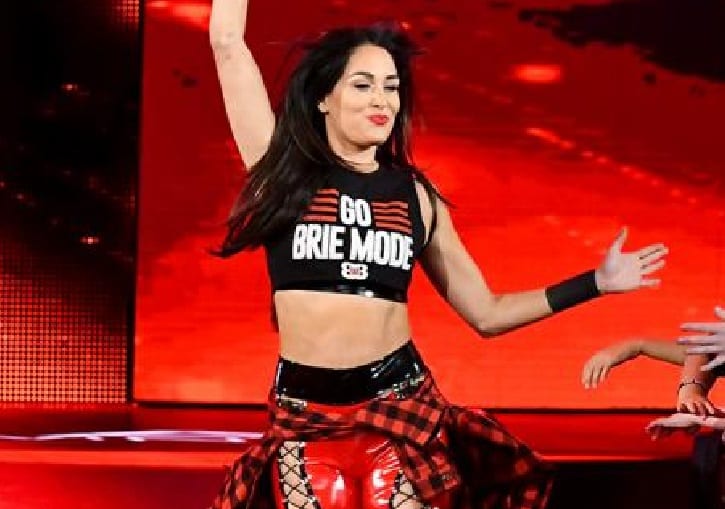 Brie Bella has botched a few high-profile moves since her WWE return. Her latest issue came after she stiffed Ruby Riott and then kicked Liv Morgan in the head causing a concussion for the young Superstar.

Mike Johnson discussed Bella’s issues on PW Insider Elite audio where he explained that the birth of Birdie Joe Danielson might have had a lot more to do with Brie’s performance than some might have thought.

“Brie Bella has noted in an interview with Yahoo was those changes are a reason why she had such a problem with the dives. She has to re-center herself and figure everything out and maybe jump a little harder than she might be used to or things like that.”

“So it’s not that she’s being terrible on purpose or being malicious in the ring. She’s still finding herself as an athlete.”

This might be the case for Brie Bella, but it didn’t seem to help Liv Morgan’s concussion status. After all, she really got rocked with a Yes Kick and no amount of explanation can make up for that. Brie Bella feels bad, we’re sure and accidents happen, but it just goes to show that any number of things can change someone’s performance especially after any sort of hiatus.