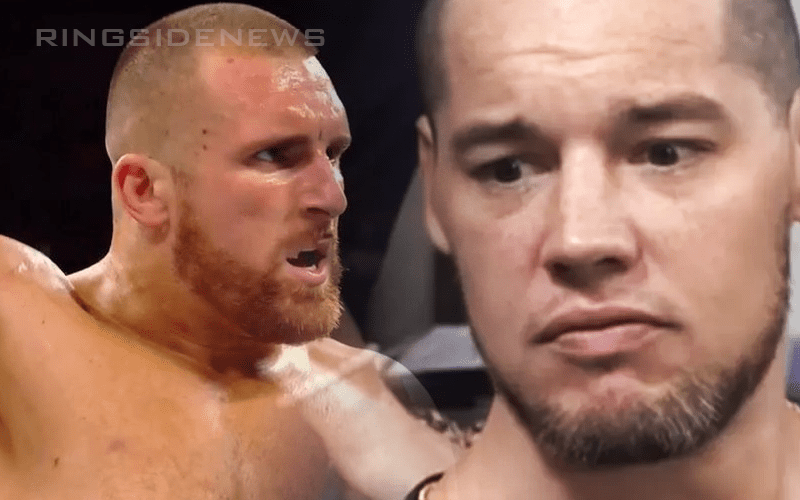 WWE superstar Mojo Rawley took it upon himself to rub salt into the wounds of former Raw general manager Baron Corbin last night, courtesy of the controversy surrounding the AFC Championship Game.

It’s never been a secret that Mojo is a big football fan, as you can probably tell by his friendship with Rob Gronkowski. Mojo is a fan of the New England Patriots, who Gronk plays for, and as a result he was unsurprisingly vocal regarding their showdown with the Kansas City Chiefs last night.

That spilled out over onto social media when Baron Corbin, a known Chiefs fan, claimed that the refs may have had something to do with the success of the Patriots and the Rams on Championship Sunday.

All is fair in love and war as the saying goes, but it’s always interesting to see how two superstars interact away from the world of professional wrestling.

Both men are expected to play some kind of role in the 30-man Royal Rumble match this weekend, although their odds according to Sky Bet don’t exactly favour them to take home the win. Rawley is an 80/1 underdog to win the match, whereas Corbin is an even longer underdog at 100/1. Interestingly enough, though, Baron is only priced at 16/1 to finish in the final four whereas Mojo is 20/1.

Corbin has been a prominent member of WWE television over the course of the last few months and it’d be a shame to see him disappear into irrelevancy all that quickly, but when you’re being put down by superstars like Rawley on social media, the final nail in the coffin may not be too far behind.

P.S: We wanted a Chiefs/Saints Super Bowl, for what it’s worth.