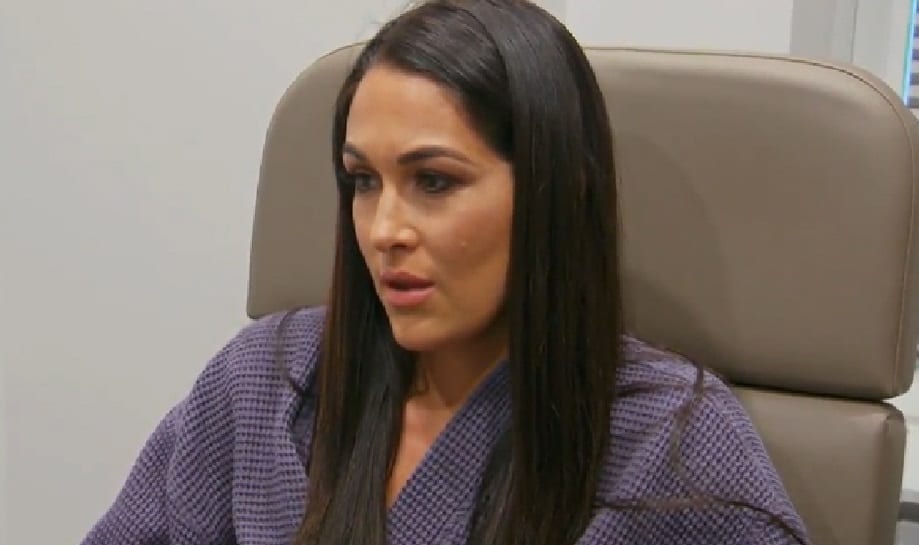 Brie Bella and Daniel Bryan are one of the WWE couples that have been able to make it work. They have a daughter named Birdie, but as a woman, Brie Bella is feeling self-conscious about her body. Therefore, she is considering breast implants.

Brie wore around some inserts just to see what her chest would look like if it was a couple of bigger. However, Daniel Bryan didn’t seem to want her to do it.

He commented to their daughter Birdie that he hopes she feels good about her body when she grows up. Brie wore the inserts out to dinner and then decided to take them out and put them on the table.

Later on, when Brie went to the doctor for a consultation, she brought her mother and not Daniel. In fact, she didn’t even tell her husband. The doctor said her breasts were “deflated” and then they talked about the procedure. The doctor said Brie would need a very large implant to get the look she was wanting or they could use her own fat to create the same outcome.

The doctor said it is probably best to wait if Brie and Daniel Bryan are really thinking about number. Therefore, Brie decided to put it off for now.

“We’ll see in two/three years maybe I’ll be like F it. I may flip a coin, maybe not.”

It seems like Brie Bella might like the look and confidence breast implants could give her, but it’s just not in the plans right now. This probably makes Daniel Bryan very happy.