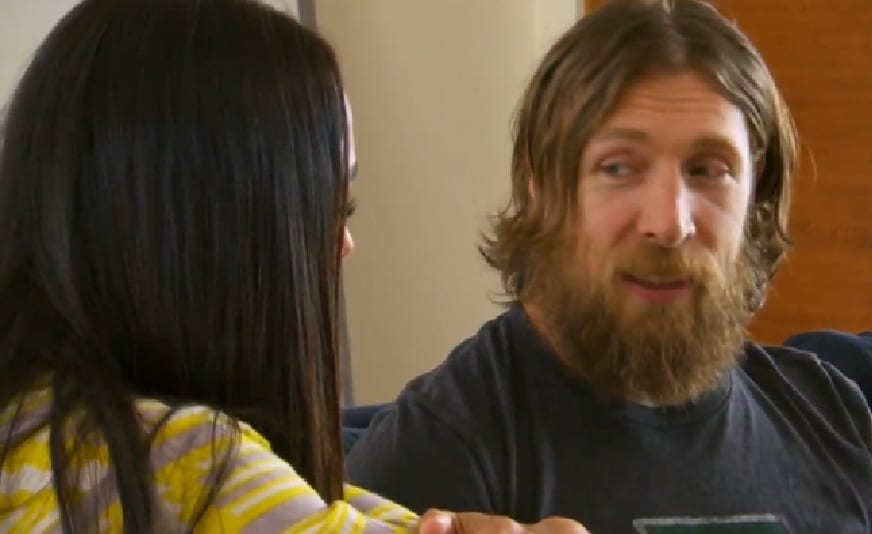 Daniel Bryan and Brie Bella are a WWE couple that has been able to make it work. They brought a child into the world named Birdie Joe Danielson and the young family is quite happy. However, Daniel and Brie are looking to grow their family soon.

Brie Bella said on the season four of Total Bellas that she’s lost the baby weight from her pregnancy with Birdie and they’re ready for baby number two. She says that they are stopping at two, but Bryan remained coy about this subject. He said that he wanted baby number two since the day Birdie was born.

During the episode, Daniel Bryan bought his wife “Women’s Moon Cycle Tea.” The instructions included her drink the tea and lay on her back with her knees up. Bryan really wanted to get Bella ready for baby number two.

With the Bella Twins’ brother JJ’s wife pregnant with another daughter, this made Brie think even more about baby number two. She was worrying that if she didn’t have a second child now then she is losing that window for Birdie to have a sibling close to her age.

After WWE called The Bella Twins to come back for a storyline through WWE Evolution, Brie told Bryan about it. He asked if she told them that they were trying to have another baby… she didn’t. She said she wanted to make a return to the ring and had the itch to do so. This meant that baby number two would have to wait a little bit longer.

Daniel Bryan and Brie Bella might have pushed back baby number two for the time being, but they’re not counting out another little Danielson soon enough.