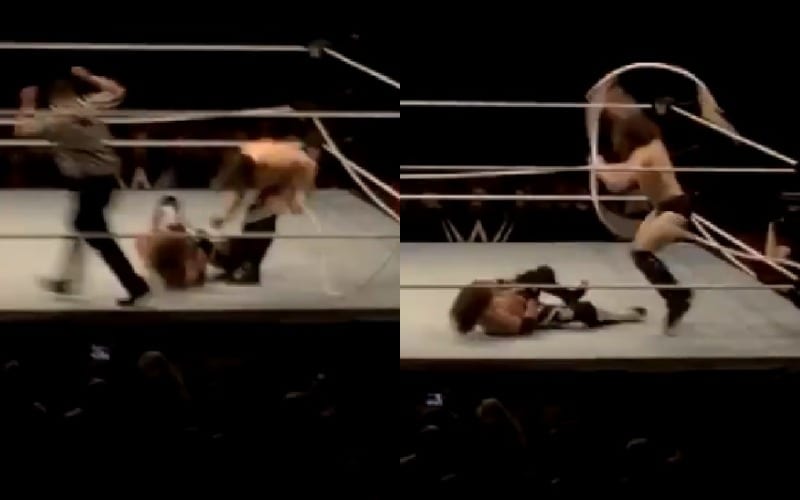 You never know what can happen when you go to a WWE house show. They usually have much more fun when everything isn’t scripted out for them. AJ Styles and Daniel Bryan were having a match at WWE’s live event in Omaha and things did not go as planned.

As you can see, the ring rope broke during their match. Thankfully, both men are professionals and were able to carry on with the match.

The middle rope broke, but it didn’t stop the action. Daniel Bryan actually used the rope against his opponent because that’s what heels like him do.

Hopefully, WWE will be able to make sure that they can get through their WWE Championship match at the Royal Rumble without having the same problem happening again.