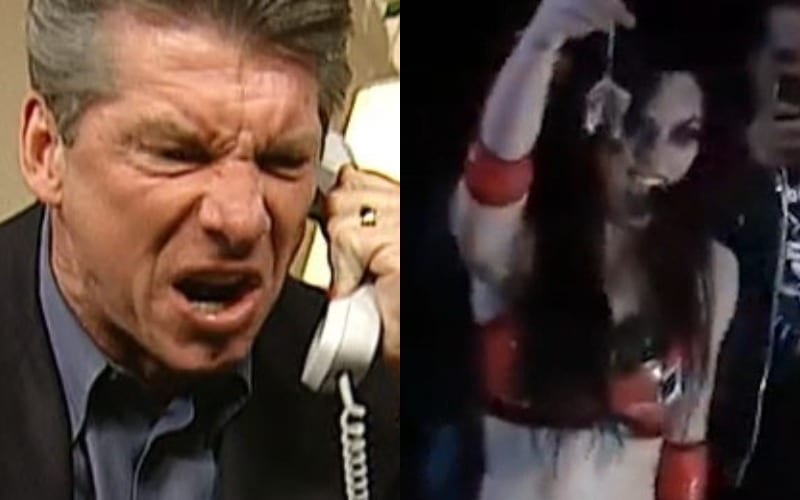 Priscilla Kelly worked for WWE in the past as part of the Mae Young Classic. After her recent stunt that got a ton of attention, it’s not a sure thing she will get another call. While wrestling a woman named Tuna, Kelly pulled out a tampon during a match and shoved it in her opponent’s mouth.

This spot was worked so it wasn’t a legit used tampon, but it still grossed a ton of people out and outraged a lot as well. Needless to say, WWE was paying attention.

The Wrestling Observer Newsletter mentioned that “a lot of higher-ups in WWE were not happy with the spot” when discussing Priscilla Kelly’s NSFW angle. It’s anybody’s guess if she will try this spot again or who else out there on the indie wrestling scene might want to top it with their own variation.

Kelly commented saying that she’s not too worried about the spot hurting her chances with WWE. However, that might not be the case. Hopefully, if WWE does give her another look they won’t let this one creative decision at a 21 and up show change their decision about working with her.

You can see the video below, but we must warn you even though it might be worked it’s still quite a disturbing visual.