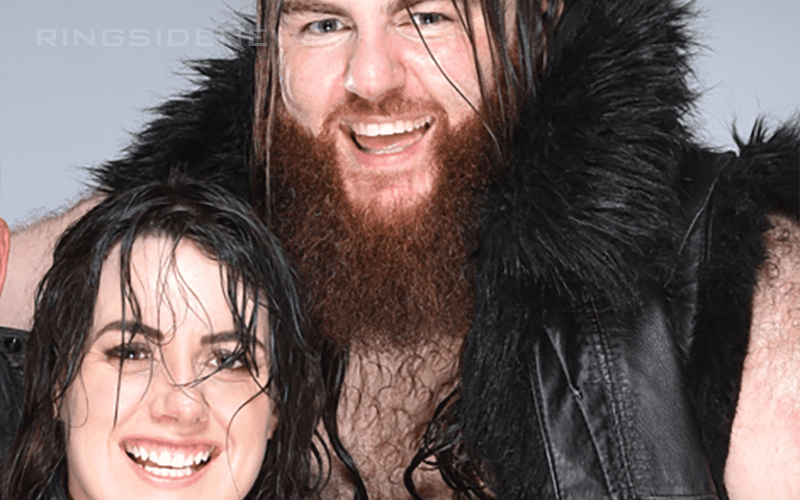 WWE has a lot of couples on their roster. Some are just dating but others have made much longer commitments to each other. Nikki Cross and Killian Dain have been dating for a decade now and ended up in WWE together. The couple from SAnitY made their union official today.

On the same week that Nikki Cross officially made her main roster debut on RAW, she married her long-time boyfriend/fiance. The two celebrated the event by posting on social media. Killian Dain actually had the sweeter of the two messages as he posted a picture of their newly wedded hands.

Nikki Cross also posed a 2008 vs 2019 photo comparison of the couple and there is a huge difference there as well. Congratulations to the happily married couple.