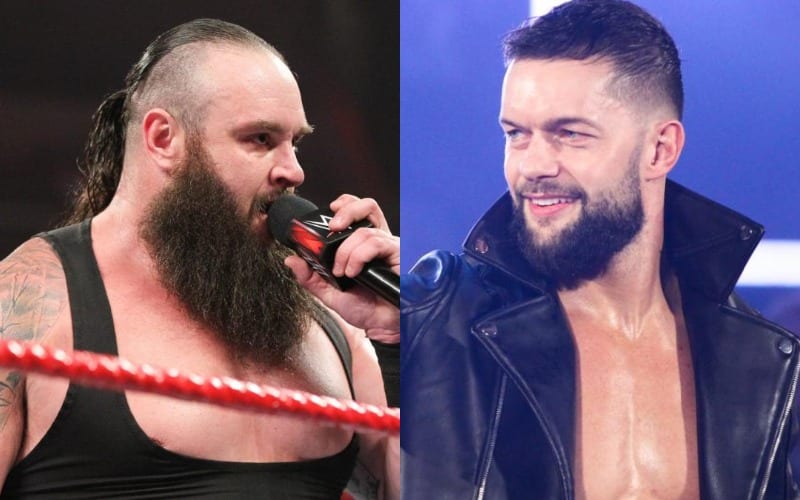 Finn Balor earned a WWE Universal Title shot at the January 27th Royal Rumble event last night on RAW. He had to win two separate matches to make it happen to tell even more of an underdog story.

Dave Meltzer noted on Wrestling Observer Radio that Finn Balor was always supposed to replace Strowman in this match. It turns out that this plan was set in motion a long time ago because WWE wanted a big man match to hype Royal Rumble ticket sales. Then once they got closer to the date WWE made the switch.

“This was the plan all along. So here’s the basic situation because I think everyone is going to say that his elbow wasn’t healed and that’s why they did this. Brock Lesnar vs Finn Balor was always the main event of the show.”

“At the Crown Jewel pay-per-view. Lesnar and Strowman wrestled and Baron got involved in that match the idea was to in fact to set up Brock Lesnar vs Braun Strowman at the Royal Rumble at that time.”

“The idea was for Brock to go over and the Braun to face Seth Rollins [at WrestleMania]. At one point, Vince thought this wasn’t a good idea because [Strowman] just lost, he’s hot but he just lost. Then they had to do the injury angle so the idea was that kinda hurts him. So he basically felt that he couldn’t afford to beat him again.”

“So the choice was to let him win the title which was not in the cards, beat him again which he didn’t want to do, or don’t have the match which ended up being the choice. With him out it’s like who do we put Brock Lesnar against?”

It was noted that they didn’t have many babyface replacement choices and didn’t know at the time when John Cena would be available. Brock Lesnar wanted to work with Finn Balor a year ago, so they’re doing it now. After all, Lesnar likes working against smaller guys who he can do things the ring rather than another big guy.

It was noted that things could always change again, but Braun Strowman isn’t in the Royal Rumble match either. He might not be cleared in reality because he really isn’t cleared for a return yet.

Therefore, WWE promoted Strowman vs Lesnar for the Royal Rumble because they knew it would sell ticket with the intention of changing the match anyway.