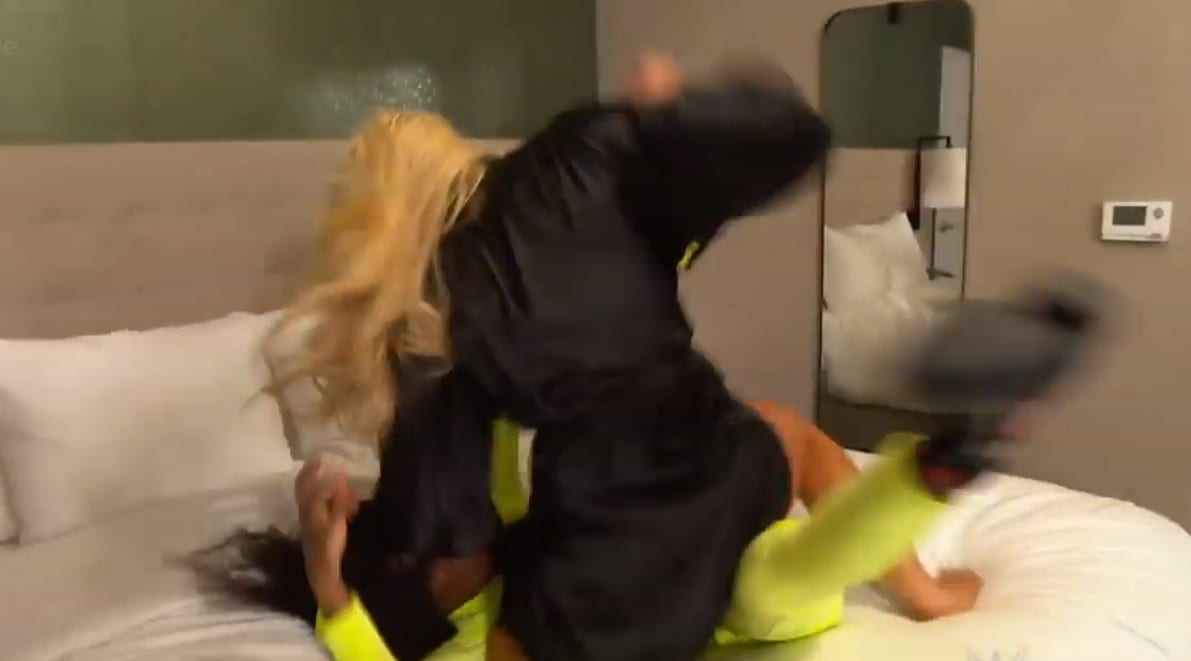 SmackDown Live included a segment this week that could have gone a lot worse when it comes to pushing the envelope. However, in a TV-PG WWE Universe, it seemed to be pretty risque. Jimmy Uso received a hotel key from Mandy Rose so he went there to have a talk with her. Then he left and his wife took control.

Mandy Rose did reveal some lingerie Jimmy, but she wisely put a robe on just before the brawl with Naomi. It still didn’t stop things from getting carried away.

As you can see from the clip below, Mandy Rose ended up getting the upper-hand. Jimmy Uso ran in when all was said and done to check on his wife, but it doesn’t seem to be over between the two of them.

Mandy Rose said that she hates Naomi and wanted to do anything she could to make things miserable for The Glow. This meant that Rose tried to break up Naomi and Uso’s marriage. It didn’t work this time though.

WWE seems to be trying riskier content recently. Their segment that featured Alexa Bliss’ bare back went viral from RAW last night. We will just have to see if this one works out as well.