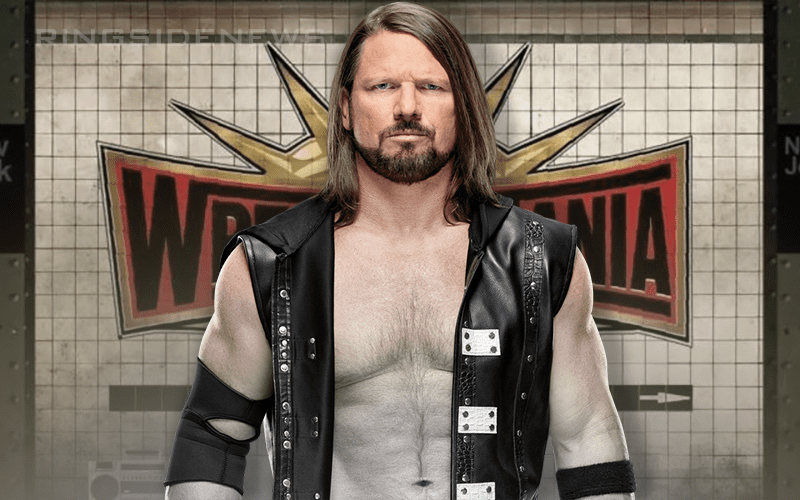 AJ Styles is now working with a new nickname in WWE and he is no longer the WWE Champion. He also took a rather interesting character turn when he punched Vince McMahon. It seems WWE has a direction for Styles and they very well might be leading him toward a big WrestleMania match.

Joe Peisich noted on Barnburner’s No Holds Barred podcast that WWE is currently slating AJ Styles vs Randy Orton for a WrestleMania encounter.

Orton vs Styles makes sense, but plans can always change. WWE had plans for this match in the past and it has held off. Now it seems like they could be finally pulling the trigger on this one.

This could be a great WrestleMania moment for AJ Styles and if he ends up not re-signing with WWE, it might end up being his last.