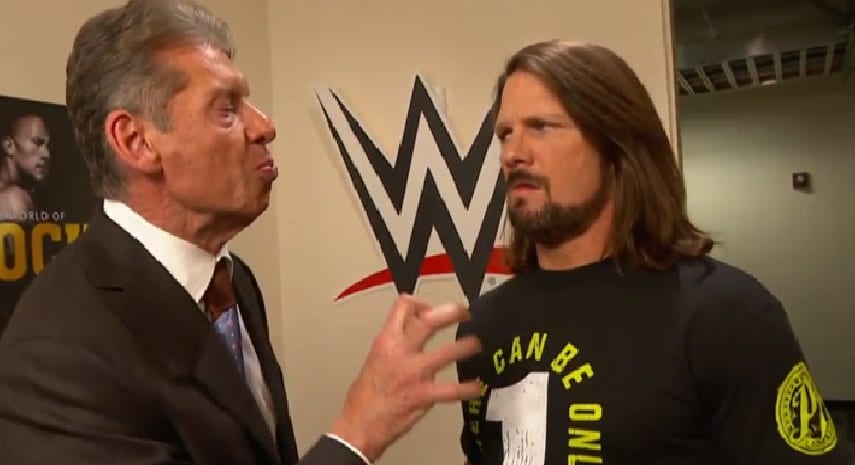 AJ Styles ended the Christmas Day episode of Smackdown Live in a very unpredictable manner. He punched Vince McMahon to the ground, of course, this was after McMahon slapped him and essentially started the fight.

Dave Meltzer noted on Wrestling Observer Live Styles attacking Vince McMahon during the conclusion of SmackDown Live was a very interesting decision, but it could have been just a way to keep AJ Styles relevant as he prepares for the next phase in his WWE career.

“They want to make sure that AJ isn’t an ex-champion that kind fades because that’s very, very important so this was a way to keep buzz on AJ. Also to kinda like recreate a New AJ Styles so when he does go after Daniel Bryan which obviously is the big-money match on that brand.”

Meltzer said it’s a weird angle, but this was a great way to keep the focus on AJ Styles even without the WWE Championship. We’ll have to wait and see what kind of new aggressive streak we could be seeing from Styles. It could be very fun.