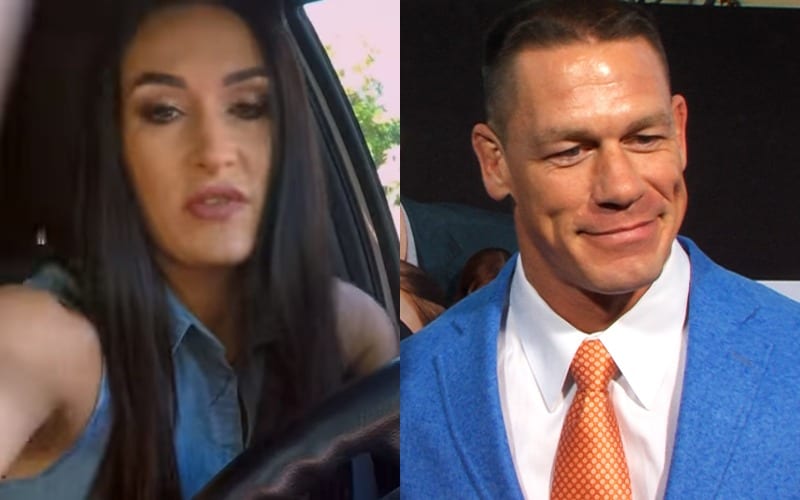 Total Bellas came back for their fourth season last night and there were plenty of news notes from that show. From Brie Bella and Daniel Bryan trying to have a second baby to Nikki Bella moving to Los Angeles. However, one thing you won’t see is John Cena.

John Cena was in China for six-months filming a Jackie Chan movie and he felt at home there by the time he was done. However, when Nikki Bella arrived at their old Tampa home to get her things, Total Bellas had to kill the cameras.

You can see Nikki Bella turn off her dashcam on Total Bellas in the clip below while saying they’re not allowed to film there.

This is a very interesting move, but it was apparently a rule that they made. John Cena will not be a part of this season of Total Bellas so it will be interesting to see how that will change ratings.