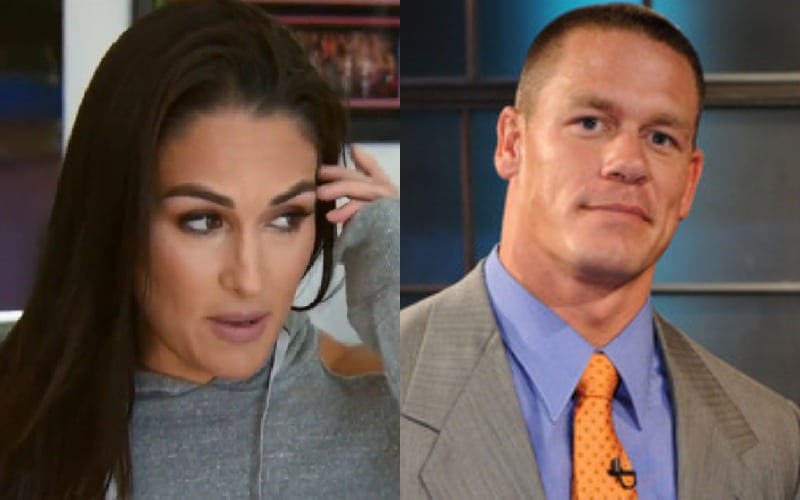 Nikki Bella said she lost her number one supporter when John Cena left and it “kicked my ass.” She showed up to her old home in the debut of Total Bellas’ fourth season to clean out her things. She said thankfully, everything was already boxed up so she didn’t have to do it.

Bella was crying while she spoke about handing over the keys to her old home and letting go of those memories. She said it’s tough because she tries to remain strong all of the time, but it’s all part of the moving on process.

Nikki revealed to Brie after a workout session that she is thinking about moving to LA. She said that she has to go out there every week for photo shoots anyway and she also wanted to go to a city with more of a culture for singles.

She didn’t want to live in a place that reminded her of Cena. Then Nikki tried to convince Brie to go house shopping with her, but her sister wouldn’t help.

Nikki said this was a new beginning for her and she is only going to be three-hours (with traffic) away from Brie. She spoke openly about hitting up the bars and enjoying the nightlife later on when the Bella Twins were at WWE’s Evolution photo shoot.

It looks like Nikki Bella certainly moved on as she is now dating a former castmate of hers.