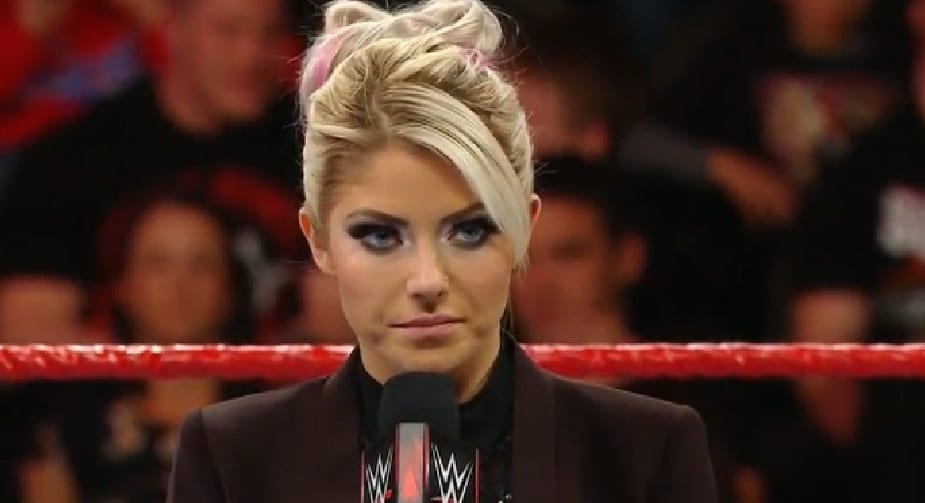 Alexa Bliss hasn’t been wrestling although she has never left RAW on a weekly basis. It’s a good thing that WWE wanted to keep her around because she suffered a concussion that took her out of action.

Bliss recently sat down with Lilian Garcia at the ACE Comic Con where she opened up about her concussion. She also explained the process it is taking to get her back in the ring.

“It was one that happened and then I went back too soon and re-aggravated it.”

“Well, I plan on coming back pretty soon. WWE is very careful when it comes to us with concussions and any injury and we have the best of the best taking care of us and you have to go through concussion protocol.”

“So there is definitely hope of me returning to the ring relatively soon. It just depends on you know, it’s a brain. You can’t really tell it to heal. It’s you know, my MRIs and everything look good and as long as I look good and as long as I don’t have symptoms. Because that’s the thing, if you feel good and you know you’re good and you go in the ring and you have a symptom you have to start all the way from square one.”

“Like if you get a headache or memory loss or something like that. I’ve been doing good, I’m feeling good and sooner or later I’ll be doing Moment Of Bliss and in the ring. A little double-feature.”

Bliss said she’s not apprehensive about getting back in the ring because she misses it. She wanted to wrestle which is why she joined WWE. She wants to be an active member of the roster and she wants to be there for all of the moments she can.