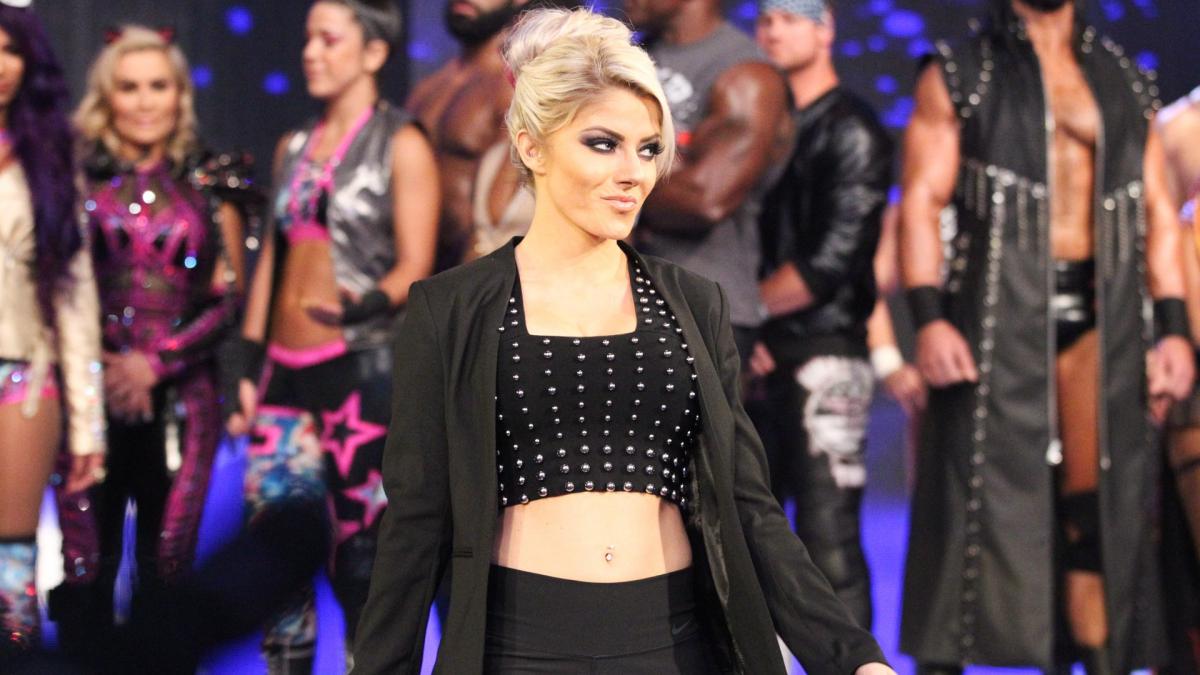 Alexa Bliss was announced as the captain of the Raw Women’s Team for this year’s Survivor Series event, but she won’t be working in the match. Instead, she showed up in black business attire (with midriff showing) and announced that she won’t be competing and she’ll be standing outside while making a remark about how “she could get used to this.”

Some fans certainly noticed this little mention from Bliss about “getting used to it” and apparently, her concussion status hasn’t gotten any better. She had to miss WWE Evolution because she suffered a concussion in a tag team match with Mickie James against Ronda Rousey and Nia Jax a few weeks ago and since then — she’s been pulled.

Bliss did work one house show in a multi-person match — but medical clearance can be taken away just as quickly as it can be granted. Dave Meltzer noted on Wrestling Observer Radio that the decision to have Bliss sit on the sidelines was made because of her current injury.

Only time will tell how long it will be until Bliss is medically cleared. Hopefully, it will be soon because WWE certainly can’t afford to lose any big stars at this point. But at this time, it looks like WWE is playing it safe with Bliss.