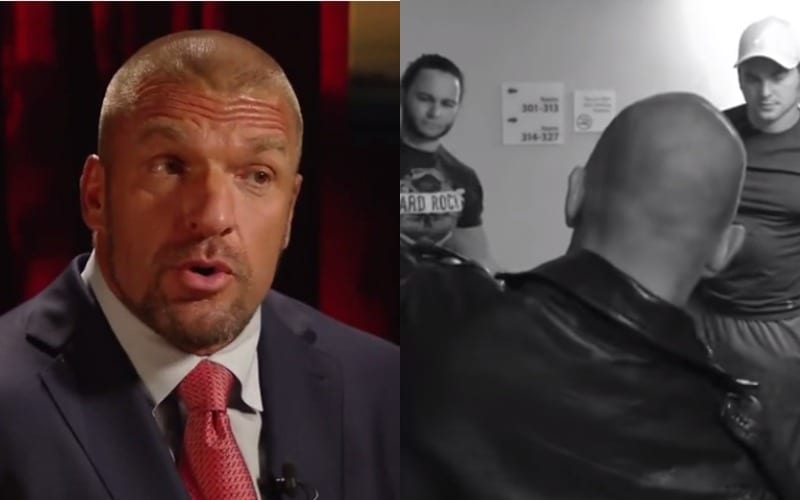 The Elite are not going to WWE. They turned down massive deals and instead, will open All Elite Wrestling. However, WWE really tried to get The Young Bucks to sign, especially Triple H.

It was said in the Wrestling Observer Newsletter that Triple H dealt personally with the Young Bucks when trying to bring them in. Not only did he deal with them himself, but it took a lot of time.

It was said that in total Triple H and the Young Bucks talked for about twelve hours. Of course, those talks didn’t materialize into deals, but The Young Bucks “heavily praised” WWE’s COO about how he handled everything.

Triple H also reportedly took the comedy parody sketches of himself in Being The Elite well. He apparently saw the comedy aspect in how Frankie Kazarian dressed up like him in the recurring BTE bits.

It doesn’t seem like The Young Bucks will be coming into WWE anytime soon. However, it also looks like there is no animosity between The Jackson Brothers and Triple H at this time, so that’s a good thing.