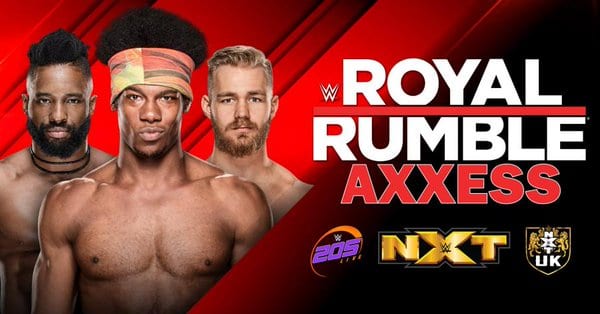 WWE has a lot of Superstars right now and five brands to deal with and even more could be coming. The Royal Rumble is a huge event and we previously reported how WWE NXT UK Superstars were scheduled to be in Phoenix for the big show.

It might also be interesting to note who they didn’t include. The winner of the tournament will get to for a title on any brand of their choosing (that are in the tournament).

In WWE’s release regarding the event, it was explained that this tournament will be taped for a WWE Network special.


“The tournament will continue at Saturday’s second session of Axxess, taking place from 1-5 p.m., before concluding at the final Axxess session on Sunday, Jan. 27, from 8 a.m.-12 p.m. Featuring a veritable who’s who from all three brands.”

You can check out the participates below: