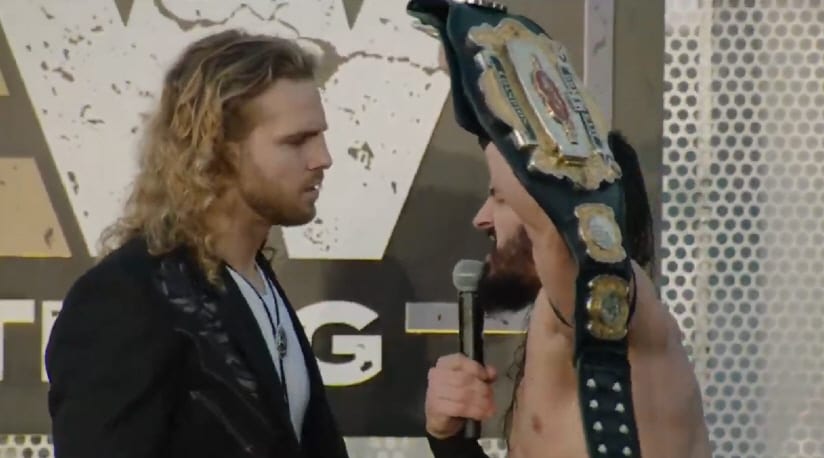 All Elite Wrestling held a big rally in Jacksonville, Florida very close to where WWE is holding their SmackDown Live tapings tonight. During that rally, they made a few important announcements. During those reveals their roster got even bigger.

AEW already had five people on their roster: Cody Rhodes, The Young Bucks, Hangman Page, and Brandi Rhodes. Now there are even more names on this list.

We exclusively reported that former WWE Superstar Neville, now known as Pac would be at the rally. He was also expected to have announced his signing which happened. This makes sense seeing how he actually turned down a surprise appearance at ALL IN back in September.

Pac came out to confront Hangman Page after he claimed that he will become the first All Elite Champion in 2019. Pac was in full wrestling gear with his Dragon Gate Pro Title as well.

Hangman said if that was some kind of challenge, then he accepts.