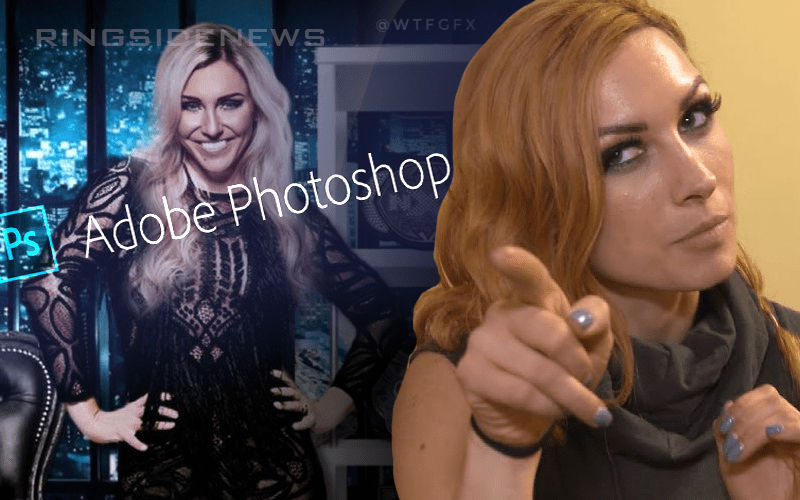 Becky Lynch is no stranger to shooting off at the mouth about whatever she wants. Her targets are anything that moves or gets in her way. Charlotte Flair has gotten in her way a few times and this is something The Man has had enough of.

On a recent Twitter post, Flair put out a picture of herself with a quote about being born with a silver spoon but bearing the weight of a legacy on her back.

Becky Lynch noticed something pretty funny about the picture Charlotte used. Lynch then posted photographic evidence that this photo was apparently shopped.

“My god, she’s moved on to stealing other people’s bodies now. ”

Becky Lynch is having a lot of fun being The Man and apparently, Charlotte Flair is going to keep doing her thing as well.