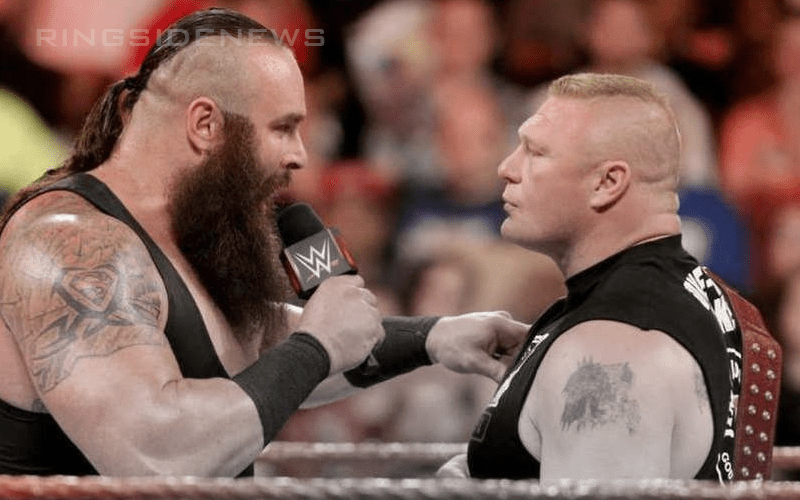 It looks like Braun Strowman may be confronting Brock Lesnar ahead of their match at the Royal Rumble during tonight’s episode of WWE RAW.

The Monster Among Men took to Twitter to tease interaction with the Universal Champion on tonight’s show.

The Monsters back for the first episode of #Raw for 2019!!!! Heard @BrockLesnar is gonna be there. I’ve got a bone to pick with him and his Ratvocate @HeymanHustle