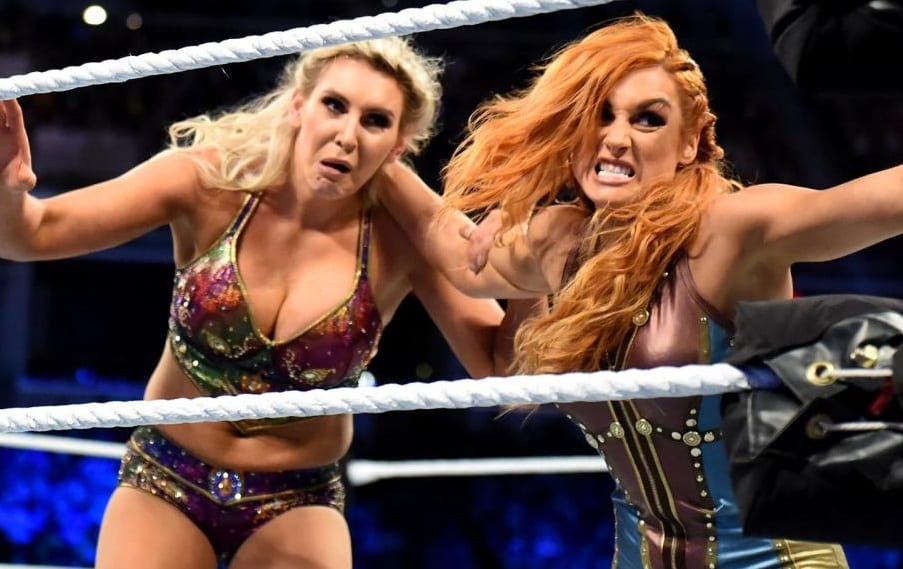 Becky Lynch and Charlotte Flair had tea together once upon a time, but now it looks like Lynch is serving the tea all by herself. She recently took a shot at Charlotte Flair and while her comment didn’t necessarily hit below the belt, it might as well have.

Flair had to take a good amount of time off earlier in 2018 because she had a breast implant burst. It was leaking silicone into her body, but she pressed on to defeat Asuka at WrestleMania. Then she needed to take some time off and this is when Carmella stepped in to take the SmackDown Women’s Title.

Becky Lynch recently took a pretty blatant shot at Flair’s unfortunate incident on Twitter by posting a meme saying that Flair “missed one month of SmackDown for something. I can’t remember.”

“Charlotte calling me out on TV and online for ‘missing time.’ Again, The Man will just provide the truth in the face of lies,” The Man wrote.

This was a pretty big shot to fire in this feud as they head toward their Tables, Ladders, and Chairs Match at WWE TLC on December 16th, but they shouldn’t forget about Asuka because she is in the match too.

Charlotte calling me out on TV and online for “missing time.” Again, The Man will just provide the truth in the face of lies. pic.twitter.com/wEGuktuaPd