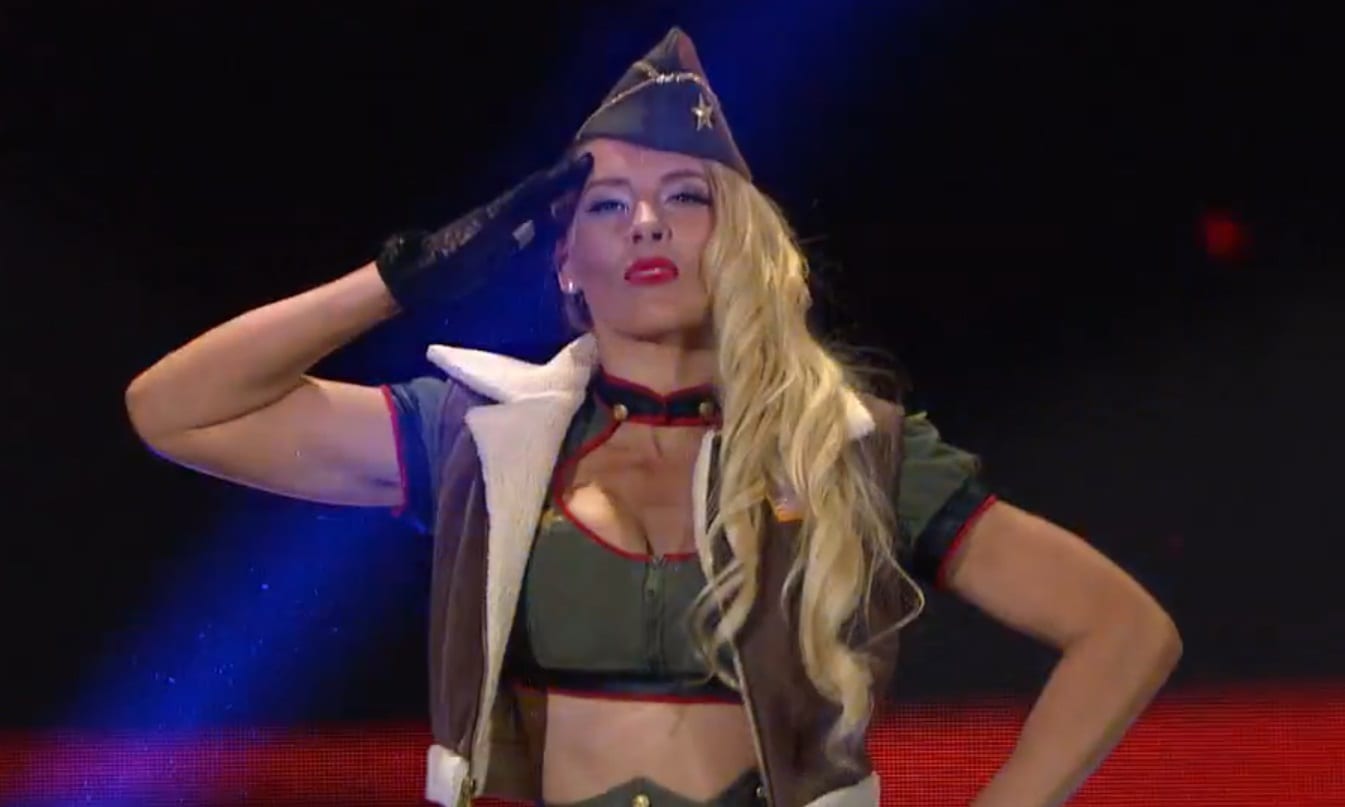 Lacey Evans signed on with NXT in 2016 and the mother of one and former US Marine was right at home in the WWE Performance Center. She is one of six Superstars being called up and that could happen very soon.

Evans has been mentioning that this is her final tour with NXT on social media as she kept fans up to date on what she was up to. She included a great photo of a group hug along with a message that sums up how she feels about the friends she is leaving behind.

“They may be a bunch of nasties…..but they’re my nasties.”

Regardless of why Lacey Evans is getting a main roster call-up, she’s still getting a great opportunity. It feels like her main roster debut could be near as she included #ThankYou along with her message which could indicate that while she might always be NXT, she will be on RAW or SmackDown Live soon enough.

Here is some fan footage we found of her final goodbye to NXT.