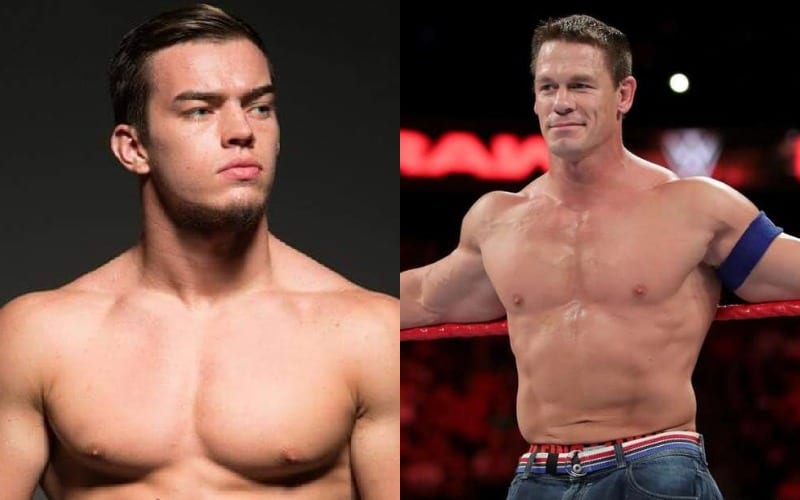 Austin Theory is the current EVOLVE Champion and made a pretty big statement when he started calling out John Cena. This resulted in a pretty big wave of attention that even Cena noticed.

When Chris Van Vliet asked Austin Theory what his theory was, the EVOLVE Champion replied that he will be WWE Champion someday. That is a pretty good theory to have.

When asked why he targeted the 16x World Champion, Theory had a reasonable explanation.

“Why not go after the top? Not the middle, not the kinda at the top. The top guy, John Cena.”

John Cena didn’t respond with words, but he obviously saw Austin Theory. Cena sent out a photo of Austin on Instagram which he said was a surreal experience.

“Waking up and seeing that was surreal just because of how I got into wrestling was because of John Cena. Being eight-years-old and wearing tennis armbands on my arms — not actually having the money for the John Cena merch, but I had that. Having the camo shorts and stuff like that. Him kinda being a role model for me.”

Theory said he gained around eight thousand followers after John Cena put up a picture of him which is pretty good.

You never know how far a guy like Austin Theory will go in pro wrestling. At 21-years-old, he’s off to a great start.