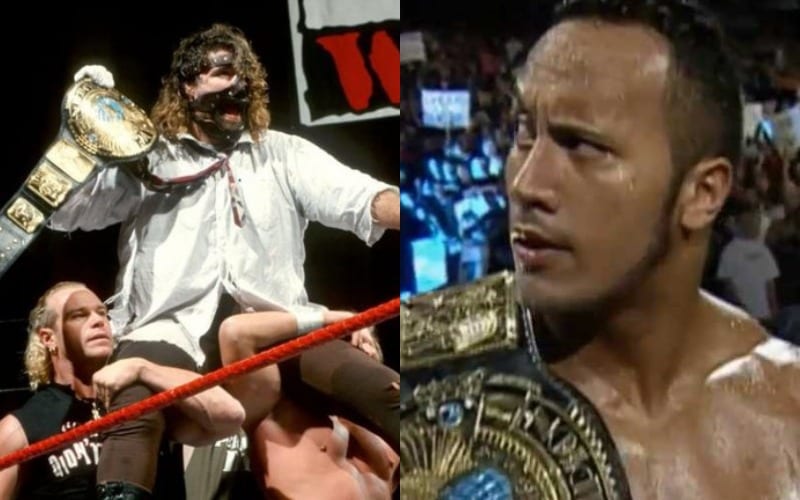 Mick Foley defeated The Rock in one of the biggest moments in RAW history twenty years ago to win the WWE Championship. The show was also pre-taped and Tony Schiavone famously gave away the ending during WCW Nitro with his classic line about putting butts in the seats.

This sparked a surge of fans to change the channel to view WWE’s product because they knew something big was going to happen. When Mankind was able to defeat The Rock with all of WWE’s biggest stars surrounding the ring it resulted in one of the biggest pops ever.

The Rock is very busy with his new projects, but he recently saw a video that WWE put out about the historic night and he commented about how they had no idea history would be made that night.

“So cool to watch this. We had no idea we were going to make history this night and alter the course of pro wrestling & @WWE forever. @RealMickFoley is one of the kindest, sweetest, smartest, toughest and craziest men I’ve ever known. All love & respect to you my friend.”

The Rock and Mankind went out there and did their job. It was an amazing job and started a resurgence of interest for WWE during a crucial point in the industry during the Monday Night Wars. Fans are remembering this night twenty years later for a reason.

Nostalgia has its place in society, but this match goes much deeper than that for some. It represents a great point in WWE History where the underdog was able to win and that is actually a rare occurrence. It’s great to know that The Rock can see what they did and how special it was.