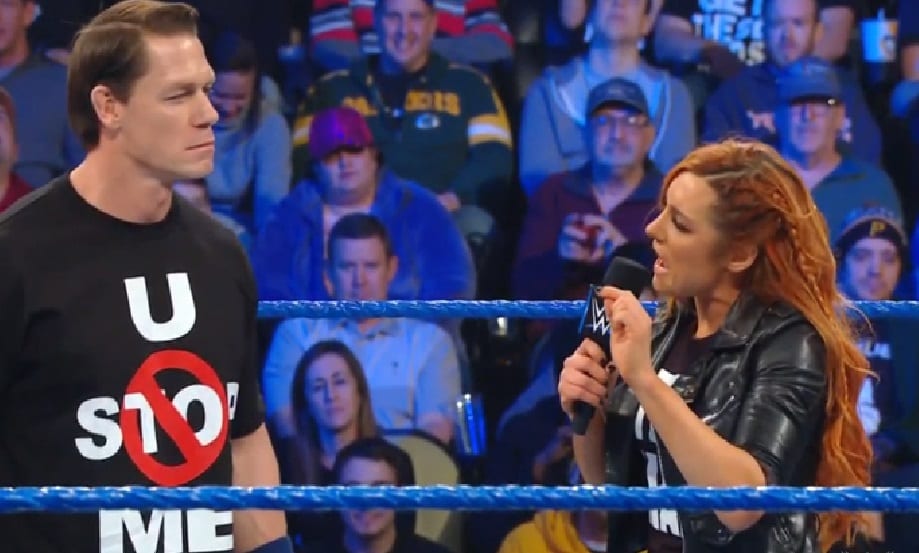 WWE SmackDown Live was pre-recorded this week due to the New Year’s Day holiday. There was a notable segment where John Cena made his SmackDown return and he was met with a warm reception. His hair was welcomed back as well.

One person who wasn’t too excited to see Cena or his hair back in WWE was Becky Lynch. The Man walked down to the ring and confronted Cena. This promo included a reference to Nikki Bella dumping John as well.

It looked like Lynch laid down a challenge for Cena. Then Andrade Cien Almas and Zelina Vega had to come out and spoil things. Lynch and Cena tagged together, but after it was all said and done, The Man commented on his return.

“That was a pleasure John Cena. You’re welcome back on my show anytime.”

It seems like John Cena is allowed to come back to the blue brand, so that’s a good thing.