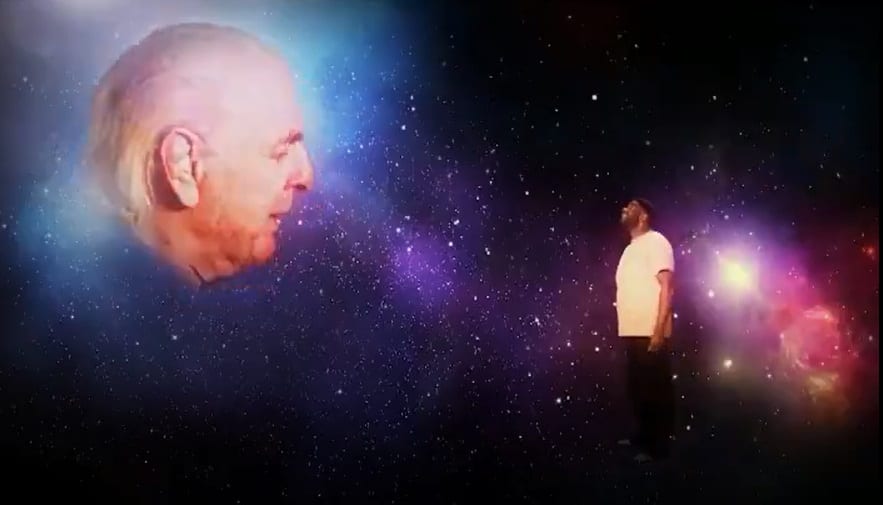 Ric Flair has influenced a lot of people in his historic career. Not all of those people are in the pro wrestling business either. He’s an icon in rap music and it turns out that comedian Ron Funches is also a huge fan as he included The Nature Boy in his upcoming Comedy Central special.

Funches is famous for being a great comedian and actor, but he’s also a WWE superfan. He has shown up to plenty of events before and is not ashamed at all about how much he loves pro wrestling.

So when Ron Funches had a chance to put on a little skit for his Comedy Central special, he called Ric Flair.

The Nature Boy shows up thanks to some deep meditation in the special. You can see the skit below. It starts simple enough, but then it turns into a NSFW bit. It’s still hilarious though.

We’ll just have to tune in on 4th to see Funches’ Comedy Central special “Giggle Fit” to see if there’s more to this sketch, but from what we’ve seen already its a winner.