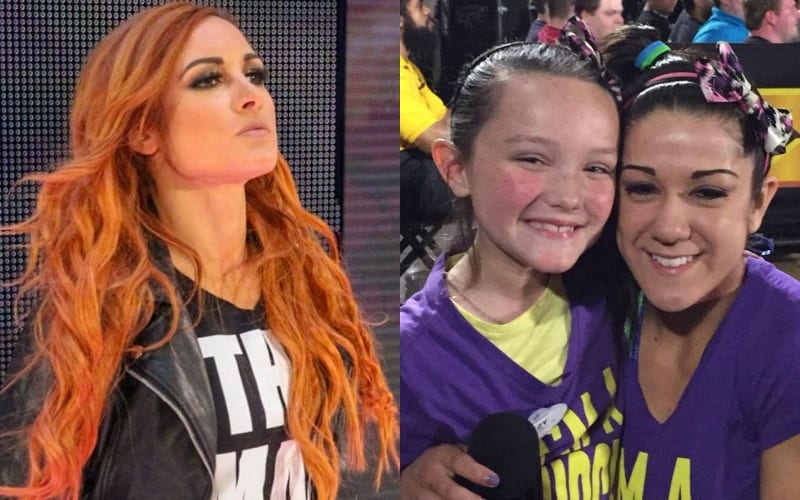 Becky Lynch has a big beef with Ronda Rousey, but there might be another RAW Superstar itching to get her hands on The Man.

Ever since Bayley started in NXT, she had a superfan named Izzy who used to always be at ringside. You might remember Sasha Banks famously making her cry during their Iron Woman match at NXT TakeOver: Respect.

Now Izzy is older and actually has a match and a chokeslam under her belt. Some people weren’t very happy about that either. She’s not even old enough to drive a car yet, but she’s a celebrity in the IWC.

Izzy recently put up a picture of herself with a no-nonsense look on her face. What was very interesting is that her usual Bayley shirt is now a Becky Lynch “The Man” piece of merch. When Lynch saw this she couldn’t help but comment.

It’s totally possible to be a fan of multiple Superstars. However, Izzy is pretty special to Bayley and was a big part of her in-ring gimmick in developmental. It almost didn’t feel like an important Bayley match without Izzy at ringside. Now Izzy might be a good luck charm for The Man instead.

2019 is going to be very interesting.