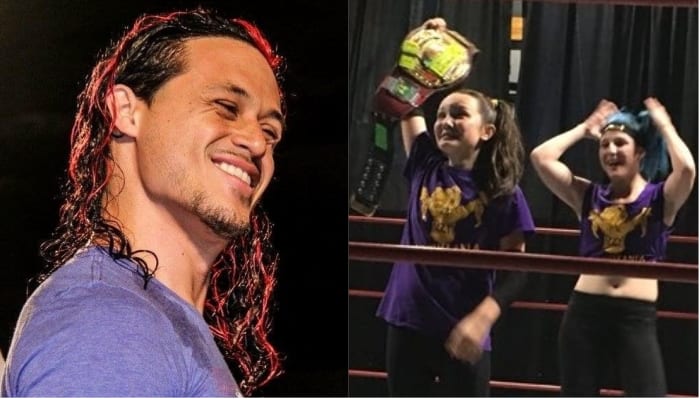 Bayley’s Superfan Izzy competed in a pro wrestling match recently and picked up a title in the process. Lince Dorado was the first WWE Superstar that we saw comment on this and there have been a few others in the IWC who didn’t like seeing it go down.

The especially didn’t appreciate the fact that Izzy took a chokeslam. Aaron Solow, who is Bayley’s fiance might not agree with the spot either.

“If I have a daughter and she wants to be a wrestler I will 100% support it, but she better believe she will have to wait until she’s 18 before being choke slammed,” Solow wrote.

Solow is a pro wrestler as well and has won a number of title on the indie wrestling circuit. So he knows a thing or two about taking a bump. Even if they were bing safe with Izzy, way too many things can happen in a pro wrestling ring.