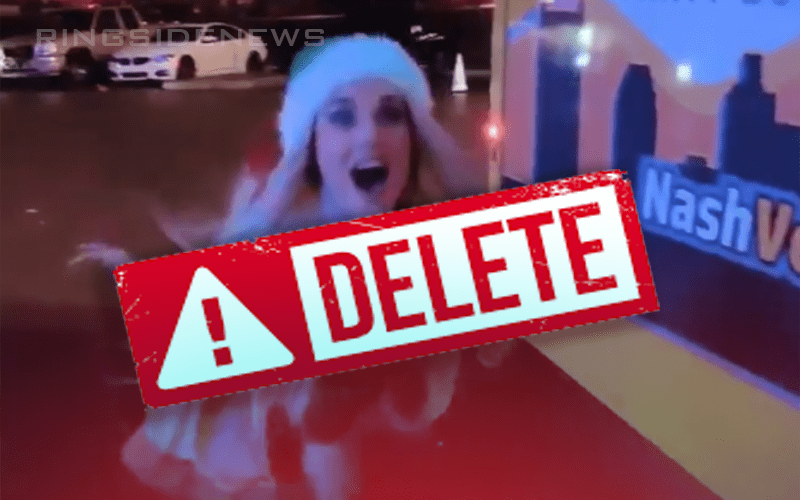 Lana had a lot of fun last night on Instagram. She put up a story that maybe she didn’t think would be that big of a deal, but then it turned into something pretty major.

We had no idea when we reported that Lana flashed her buttocks while wearing a Mrs. Claus costume that people would care. It turns out that they do.

Since then the video has been shared and went viral in a big way. People really cared about seeing this video and it might not have been a great thing for The Ravishing Russain.

Lana has since deleted her Instagram story well before the time when it was set to expire. Unfortunately,  the video lives on forever online where it shall remain.

If she took it down because it was her choice, that’s one thing. Let’s just hope that Lana didn’t get some kind of agitated message about her social media usage from someone in WWE.