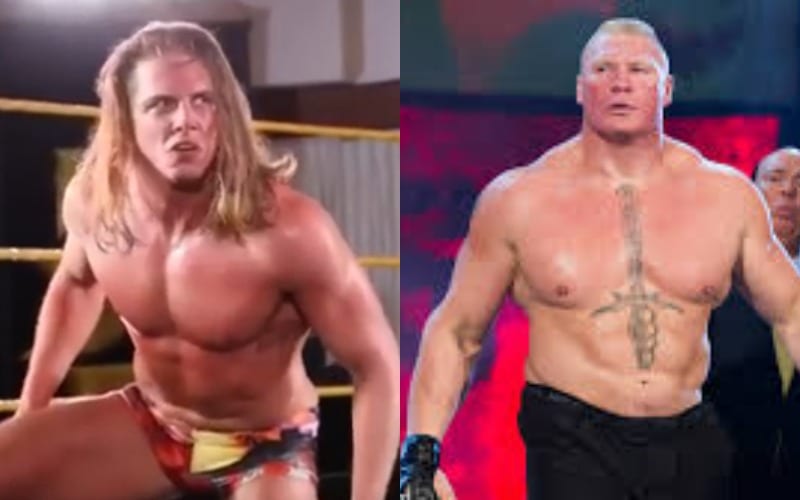 Matt Riddle finally arrived in NXT after WWE took so long to get over the fact that he has a history of advocating for the legalization of marijuana among other things. Now that he’s in NXT, he’s not starting from scratch because the NXT Universe knows and loves The King Of Bros.

However, as Riddle spoke to E&C’s Pod Of Awesomeness, he revealed that starting in pro wrestling wasn’t so easy for him when it comes to earning the crowd’s respect. He had to get over the stigma of coming to pro wrestling from MMA which was difficult. It didn’t take long for him to prove himself though and turn those negative chants around.

“Then I’ll say this, I wrestled all over, wrestled for EVOLVE, started getting booked at other companies like Beyond and CWZ and AAW in Chicago and PWG and a bunch of other places just because I started getting better. I started wrestling for Progress in the UK and OTT in Ireland and by the time I got back to that one building where they chanted, ‘You Can’t Wrestle’ all they could chant was, ‘Bro.’ and I was wrestling Ricochet and Tony Nese and all they were saying was ‘Bro.'”

Riddle used the negativity from pro wrestling fans and turned it around in a big way. His charisma was a real benefit to him over the years and helped get him over. Needless to say, it didn’t take long for those ‘Baby Lesnar’ and ‘You can’t wrestle’ chants to turn into his signature ‘Bro’ which hasn’t changed since he was able to prove that he belongs in the squared circle.