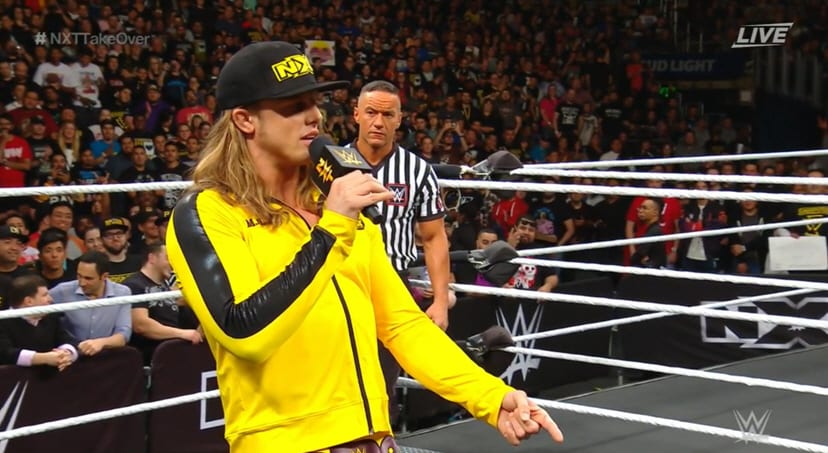 Matt Riddle was one of the most exciting stars on the indie wrestling scene. Following his departure from the UFC, a WWE run seemed like only a matter of time but they had to get past Riddle’s marijuana advocacy first.

Triple H recently spoke to Cathy Kelley on Facebook Live following NXT TakeOver: WarGames, Riddle’s first TakeOver event. He had a very quick match against Kassius Ohno that was over before it started and the WWE COO went on to speak about Riddle’s potential in NXT.

“Don’t tell Matt Riddle you’re gonna knock him out because as fast as the words ‘Knock you out’ came out of Kassius Ohno’s mouth, he was laying in the middle of the ring and I’m still not sure he knows that match started. What a TakeOver debut moment for Riddle walking out in LA and just making quick work of a veteran like Kassius Ohno. That’s making a mark, that’s making a statement.”

“Charisma, all of it. It comes out of everything about him. You have a tendency to look at him and say this kid is aloof and he doesn’t take this seriously. But boy, when that bell rings he turns it on and there is an aggressive streak and a level of intensity that comes out of him that very few have. He’s going to be a force to be reckoned with, that’s for sure.”

It looks like Matt Riddle has a lot of room to run in NXT. He’s having a great time, but if his matches continue to be under a minute long, it might take a long time before fans can start making NXT highlight videos of Riddle.