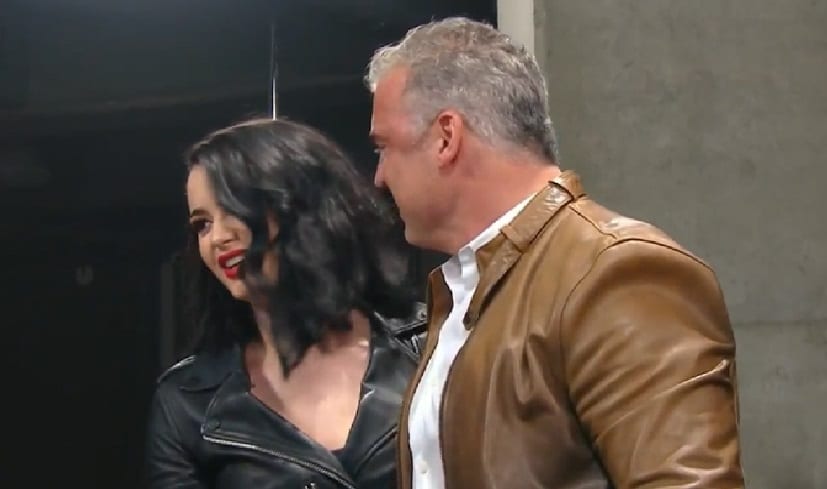 During the opening of SmackDown this week, Shane McMahon made an announcement for the blue brand’s locker room. He said that they are going to present new matches and opportunities.

Then he asked Paige to come up to the stage that they had set up in that area. He referred to Paige as the “former” General Manager of SmackDown Live. Paige was all smiles though.

While thanking her for all of her contributions, Shane got a big “Thank you Paige” chant going from the SmackDown locker room which seemed to be spearheaded by Big E.

Shane said that Paige isn’t going anywhere, but her title is changing. We’ll just have to see what other changes this New Era could bring.

It's a new era on #SDLive… pic.twitter.com/wHLje8Kofw