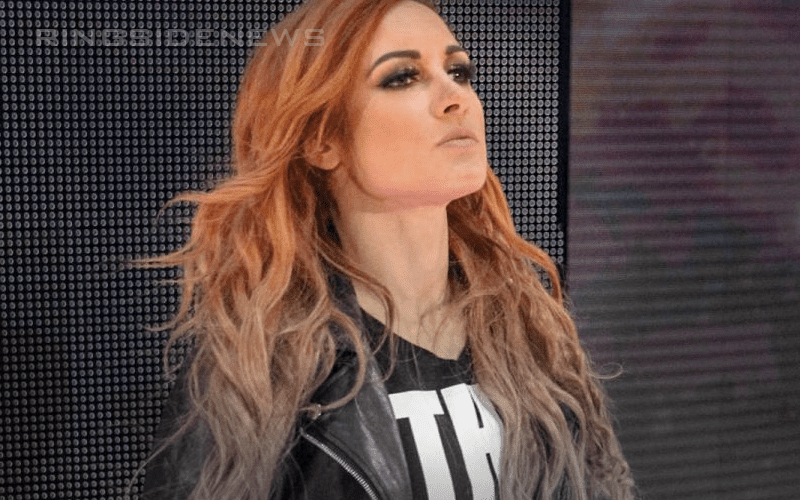 Becky Lynch has a huge fan base who are willing to buy her merchandise and support The Man. She only has one t-shirt out right now, but it’s apparently a very hot commodity. We previously reported that her t-shirt sales do “okay.” As it turns out, the reason for this is because options for her merch are quite limited.

Brad Shepard expanded on this and got even more information during this week’s edition of Oh, You Didn’t Know. The thing Lynch needs is more merchandise because her fans would certainly purchase it. However, it’s obvious that WWE has more Ronda Rousey merchandise for a reason.

“Becky Lynch is near the top ten in terms of weekly overall gross merchandise revenue, but Ronda Rousey sells more merchandise. One challenge with Becky Lynch is that she only has ‘The Man’ t-shirt. She used to have the steampunk merchandise, you know the hats and glasses, but it doesn’t fit her character anymore. Ronda has the gloves and the hat which both sell well. Ronda also has old shirts which also sell for about $20 at live events is she’s not on the card.”

“Bottom line is Becky needs more t-shirts if she’s going to stay near the top in terms of gross merchandise revenue. Now Becky Lynch fans, in terms of strictly t-shirt sales, not overall merchandise, strictly t-shirt sales Becky Lynch is in the top five in the company right now. Easily top three on SmackDown Live which, let’s be honest isn’t saying much.”

Hopefully, WWE will start cranking out more Lynch merchandise. It only makes sense that they would want to capitalize on her enormous popularity. In the meantime, her fans can continue to support her by buying a “The Man” t-shirt for every day of the week until that happens.