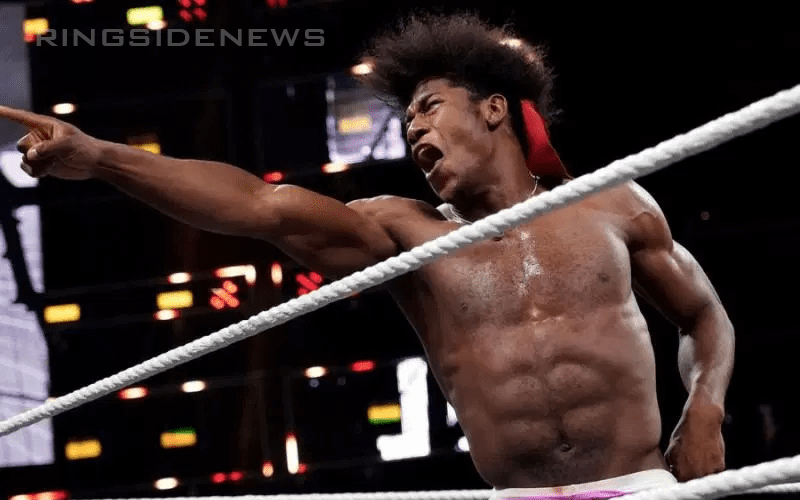 Patrick Clark- better known by his ring name of Velveteen Dream is one of the most over Superstars down in NXT. While Dream has not captured any Championships in WWE, he has won awards for his rivalry with former NXT Champion Aleister Black, and has fan support on the level of some of the most-over main roster stars.

We previously reported that the McMahon family announced six main roster call-ups on RAW last night. These included Nikki Cross, Lars Sullivan, Lacey Evans, Heavy Machinery and EC3. One prominent name missing from this list was that of Dream himself.

Dream wasn’t having any of this, as he took to Twitter to share a plethora of tweets on the matter. As of the time of writing, these call-up tweets are the only tweets existing on his account. This is similar to how Kevin Owens handles his Twitter account- deleting what isn’t recent and necessary.

The first tweet Dream released noted that it isn’t Vince McMahon’s call to make if he gets the call-up, and fans should let their voices be heard. He added the hashtag #CallDREAMUp, which would be included in the majority of tweets he released.

He followed this up with another tweet asking fans to spam the WWE and NXT Twitter accounts to see if the company is really listening to fans.

This was followed by numerous hashtags.

He ended his series of tweets by saying that it doesn’t matter where he goes. He is entertaining, and the company should give him the red (recording) light to go.

At this time, it is unconfirmed if WWE will announce further call-ups on SmackDown Live- or if they believe this is the sole problem that needs fixing, but this should become apparent today and in the coming weeks.

Do you believe Dream should be promoted? Let us know your thoughts, opinions, and reactions in those comments below.