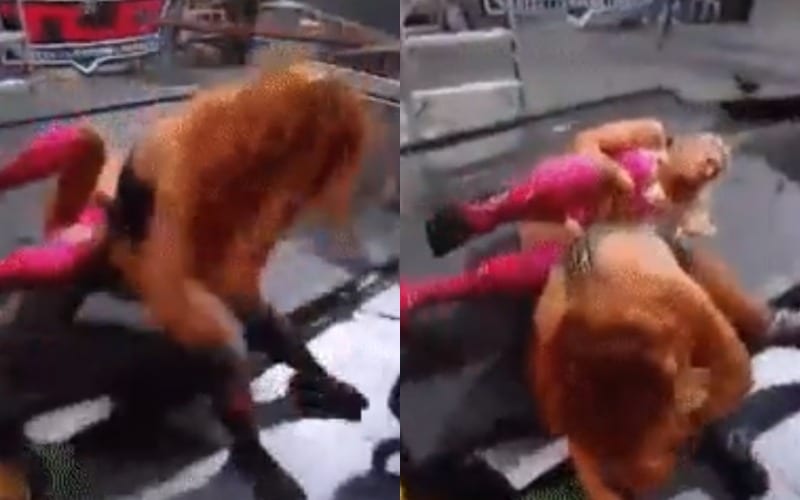 Charlotte Flair didn’t roll off of the German announce table at WWE TLC, but you better believe she wishes she had. Becky Lynch placed both Asuka and Flair on the table and prepared for a massive leg drop, but Asuka was the only one smart enough to move.

Lynch sent her full force into the leg drop off of a ladder, but she miscued her placement a little bit and ended up crushing Flair’s body instead.

This spot was very hard to watch and certainly winded Flair as she rolled around on the floor cursing which caused WWE to mute a portion of the audio. Some fans thought the worst had happened during that spot because internal injuries can be a thing, especially in a human demolition derby like a TLC match.

As you can see, the spot was brutal and thanks to this fan footage that didn’t cut away, it’s clear to see that Lynch didn’t aim her body correctly and Charlotte Flair paid the biggest price in this spot.

Thankfully, Flair seemed to be fine and she could finish the match, but it just goes to show how tough she is. Because a lot of people would have accepted the medical attention and gotten out of there after taking a bump like that.